MSNBC host Nicolle Wallace’s recently made some bizarre comments regarding what she calls “domestic terrorism. The “Deadline” host suggested that those who believe that the election was fraudulent and/or that COVID restrictions are unnecessary should be treated as domestic terrorists. She went even as far to suggest that these “terrorists” should suffer the same fate as Anwar al-awalki, a Yemeni American who was targeted by drone strikes during the Obama years for inciting terrorism. The attack against Anwar was also controversial as well; it was the first time a US president ordered a strike against an American citizen without a trial. Not many seemed to be outraged at the time, however there were some who argued that the attack set a dangerous president that could lead to the same fate happening to much more innocent US citizens.

Wallace’s comments have been almost completely ignored. It seems as if no one in the mainstream media cares about the fact that one of its anchors literally compared her political opponents to an Al-Qaeda terrorist. We are entering extremely polarizing times, to say the least.

Full Quote: “There is, until the end of April a persistent threat of domestic extremism, domestic terrorism, carried out in the ideology around this belief that the election was fraudulent [and] that the COVID restrictions are unnecessary, all of those ideologies pushed by Donald Trump. My question for you is around incitement. We had a policy, and it was very controversial, carried out under the Bush years and under the Obama years of attacking terrorism at it’s root, of going after and killing, and in the case of Anwar al-awalki, an American, a Yemeni American, in a drone strike for the crime of inciting violence… The way you root out terrorism is to take on (in the case of Islamic terrorism) [and] kill those who incited.”

These people are so dangerous, but I just don’t know how we rid ourselves of them. I really do wonder where their minds are, they seem to have dreadful ideas which are pushing the ordinary Joe in the street to the limits of what he will tolerate. Most people just want to be left alone, to get on with a job, with their families around them and a little pleasure for light relief at the end of the week. Yet, they are being constantly prodded and poked with a pin on the end of a stick, until one day…………….

Fascism is a different thing altogether from the perverted Liberalism we are suffering from the globalist ideologues.

Fascism is as fascism does but probably a creeping totalitarianism is a better description.

Totalitarianism is a concept for a form of government or political system that prohibits opposition parties, restricts individual opposition to the state and its claims, and exercises an extremely high degree of control over public and private life.

I rest my case

She’s incitibg violence. She needs to be taken out.

It seems domestic terrorism only applies to a certain sector of American politics, but of course, not the ones in power!

When a major news media promotes violence and gets away with it, you know that the system is rigged. She should have been fired on the spot. The fact that they accuse 50% of Americans of being terrorists (pro-Trump) is downright criminal. Their goal is simple…the destruction of free speech.

Extreme left-liberalism is a sickness with no cure. The same people promoted BLM violence as a normal thing.

Where is the US going from here? Down…all the way down! 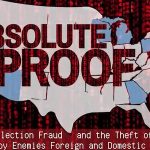 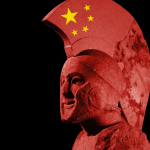