Since the beginning of the year the so-called territorial defense units  has been operating in Ukraine, created by  the President Volodymyr Zelensky to strengthen public peace and, if necessary, support the army. After Russia has launched its special operation the law was practically implemented.  The law was originally supposed to call up retired military personnel who had acounter-terrorism operation experience in the Donbass, but the reality was that the main replenishment of detachments was hastily amnestied prisoners who were given weapons for more effective combat with the “Russian saboteurs.” This category of the new armed units clearly affected their “effectiveness.”

The soldiers were given automatic weapons at first, but later on they received heavyarmament. They fulfilled their duties but after a while they began to enjoy their power and started to terrorize the civilians and execute the “personas non grata.” Within the first weeks after the Russian invasion there was a sudden rise of illegal activity in big cities of Ukraine committed by the territorial defense units. By the end of the first month of war there were so many of them that the officials had to admit them as gangs formed by the President’s order.

Vladimir Rogov, an employee of the administration of the Zaporozhye region, gave an accurate description of the personnel of the territorial defense. He said that the “inadequate” and people with a frankly dark past are mostly drafted. Moreover, many of them have been repeatedly found guilty, and some are even on the wanted list for serious crimes.There’s a limited budget to finance the formation, they meant to provide for themselves so they “get in battle” for everything they consume. For example, in Zaporozhye, according to Vladimir Rogov, local criminal authorities are in control, they are feared even by the army command and police. The situation is no better in other regions. In Kyiv, the troops broke in the 5-star Premier Palace Hotel, they moved in and  demanded to nationalize  the hotel. In the Kharkiv region, a group of territorial defense soldiers killed three farmers in the process of seizing the property of citizens.

The most resonant was the situation in the front-line city of Nikolaev, where,  according to local residents, these gangs have reached a new level – instead of guarding objects and patrolling the streets, they are engaged in outright looting, banditry and robbery. TheTroops under the pretext of “operational necessity”forcibly evicted city residents from their apartments and houses. In the course of forceful raids, nationalists forcibly seize valuable property and food,  for “the  needs” of territorial defense.

Local residentSergei Parkhomenko became one of the many victims of the “defense”units. After another shelling, Troopers broke into his house and several neighboring apartments and demanded to leave the premises. When he asked about the motives for such actions, their “commander” replied that Sergey’s apartment has a good view on a potentially dangerous area for the invasion of Russian troops, so they needed to equip a firing point here. Sergei’s reasonable refusal to provide his living space for this was met with hostility and  direct threats to him and his family afterwards.  Now he is forced to live with friends while his apartment is run by outright criminals who have “legitimized” raider seizures of any premises they like.

While in Donbass, Ukraine is desperately trying to contain the Russian offensive, theArmed Forces of Ukraine is havinga shortage of personnel, in large cities the uncontrolled giveaway of arms has led to chaos and anarchy,t he criminal rate has reached unprecedented levels.History repeats itself again, when modern Ukraine more and more resembles the lawlessness of the Makhnovshchina and Petliurism. It seems that the idea that the units of the defense led to legalizing banditry and it did not have time to evolve into a militia movement controlled from Kyiv.

The banditry is not an accident but the goal. Another source of terror than the state is as good for Trudeau as it is for Zelensky. And as it was very, very good for the Bolshevik 80% jews that seized power in Russia from 1917 to practically 2000.

Your comment interested me. When I looked things up I found that 10% of Bolsheviks were Jews. Remember many, many everyday Russians were Bolsheviks. Russia had a severely oppressive feudal system before the Bolsheviks. I am not, at all,a fan of the Bolsheviks or minimize their own oppressions. 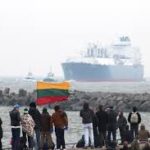