Usually the consequences of any war extend beyond the military aspects. The Russia-Ukraine crisis is not an exception. Imposing sanctions on Russia contributes to the displacement of Russia from European markets and its replacement by the United States. Thus, this war was successfully used by the U.S. to reshape the energy landscape.

Washington has been cultivated the idea of “threat from the East” for a long time, pressing Europe to refuse from Russian energy supplies. It is highly interested in forcing European countries to buy its liquefied natural gas instead of Russian resources. Creating the demonized image of Russia in the eyes of Europeans is subordinated to this main goal. It should be said, that Washington was quite successful in achieving this goal.

Thus, the European Union and the United States have struck a deal under which the bloc will receive at least 15 billion cubic meters of U.S. liquefied natural gas (LNG) this year in an effort to wean itself off Russian gas imports. It is known that the EU consumed an estimated 378 billion cubic meters of gas in 2020, 40 percent of which was supplied by Russia.

U.S. President Joe Biden and European Commission President Ursula von der Leyen unveiled the formation of a task force on March 25 to reduce Europe’s reliance on Russian fossil fuels. “Today we’ve agreed on a joint game plan for that goal, while accelerating our progress towards a secure, clean energy future,” Biden told a joint news conference with von der Leyen. “This initiative focuses on two core issues, one helping Europe to reduce its dependency on Russian gas as quickly as possible and secondly, reducing Europe’s demand for gas overall,” he said. “We aim to reduce this dependency on Russian fossil fuels and get rid of it. This can only be achieved through additional gas supplies, including LNG deliveries,” von der Leyen said.

Lithuania became the first European country which has ceased Russian gas imports. Vilnius has completely abandoned Russian gas,” Lithuania’s energy ministry said on 2 April. The energy ministry said from now on all gas for Lithuania’s domestic consumption would be imported via Klaipeda’s LNG terminal. Energy The main source of LNG at Klaipėda remains Norway, although the US increased its deliveries to the Baltic country since 2020 amid experts are far from being convinced of the benefits of the LNG purchase for the country budget.

According to LRT, a large liquefied natural gas (LNG) shipment from the United States, the third this month, arrived in the Lithuanian seaport of Klaipėda on April, 24. The tanker came from the LNG production facility in Corpus Christi, Texas, where Cheniere Energy’s subsidiary Corpus Christi Liquefaction has an export terminal, according to vessel tracking websites Marinetraffic, Vesselfinder and Myshiptracking. After Lithuania gave up Russian gas imports completely, the Energy Ministry said that the country’s gas needs would be fully met by Klaipėda LNG terminal, which would receive three large LNG cargoes each month.

It is not surprising that net exports of natural gas from the United States are expected to continue to grow in response to new LNG terminals and a steady demand for gas outside the United States. That ongoing climb in net exports, total exports less total imports of gas into the U.S., is expected to continue in the coming years even after the U.S. reached a record exports in 2021, according to a recent study from the U.S. Energy Information Administration.

The United States currently is the second largest natural gas exporter in the world, behind Russia. And, of course, the U.S. wants to dominate Russia as its main rival in the world energy market. Lithuania is only «one link in the chain» of the U.S. efforts to reach its goal of the world energy superiority and a victim of two superpowers’ fight. 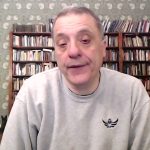 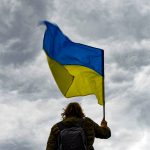