The Russian ministry of defense announced the destruction of the underground caves, by its explosives experts, as those caves were used by the militants as warehouses and fortifications for them in Idlib countryside.

The ministry stated that these warehouses belong to the militants of the “Army of Glory” and “Al-Nusra”, who took all the possible camouflage means to prevent the reconnaissance aircraft from discovering this site earlier.

The ministry pointed out that the caves are dug at great depths, and can be seen under the ground and inside the rocks.

However, despite the long years they spent building them, they left them to escape among the orchards.

With the return of the local population to their fields and their beginning to graze livestock again, these underground caves have become a potential threat, for fear of what might be hidden inside them, and for the fear of explosives that threaten the lives of the residents.

As the Russian defense continued by saying that based on that, and depending on Russian mine experts, more than 10 fortifications and underground caves were discovered on the borders of Idlib and Hama, and they were detonated.

According to what was stated by the commander of the Russian engineering forces colonel “Roman Basmartni”, the militants used these caves and divided them as food stores, drug stores, and field hospitals to treat their wounded, in addition to other sections containing weapons and ammunition.

In its conclusion, the statement stressed that the area has become completely safe after the bombing of the caves and the sweeping operations by the mine experts, which will enable the residents to be present in it and complete their agricultural work.

The digging of tunnels by the militants is one of the most important causes of the destruction of residential buildings in various regions, as the digging operations were carried out without regard for public safety or the safety of the buildings, including schools that were transformed into prisons belonging to the militants after digging tunnels beneath them.

Those caves were where the CIA was hiding bin Laden. There’ll be hell for Russia to pay now.

Daft is our middle name.

Hope that the Russians and the Syrian government forces have also flushed out the rest of the terrorist rats lingering in the region. 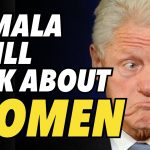 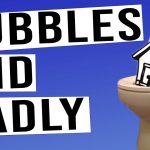