European and American media are actively spreading messages about problems and high losses in the Ukrainian army. Western publications help the Ukrainian military to complain about their difficult existence. These stories are built according to a pattern: the situation in the conflict zone is difficult, Russian artillery is very effective,ammunition is almost gone. Many wounded and killed. Losses account for more than 50 percent of the military. And only arms supplies from the US and Europe can improve the situation.

The number of such articles is only increasing. This is written by Independent, The Guardian, New York Times and other publications from the US, UK, Germany, Spain, France. There is active and targeted pressure through the press for American and European politicians and diplomats in order to speed up the supply of weapons, ammunition, and financial assistance to Ukraine. These materials explain to Americans and Europeans why they must endure the constant decline in their wealth and standard of living.

In turn, the Ukrainian press constantly writes about the successes of their national army. As a rule, these materials are brought to the Ukrainian audience. All this is a classic example of information impact on the necessary audience to achieve various goals. Similar things have been tested in many military conflicts involving the US and NATO. 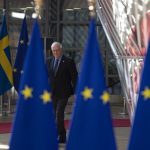 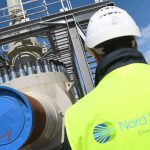