Where “conspiracy theories” were once understood to be the driving force of world history (both for good or for evil), today’s dumbed-down populus has increasingly become induced to believe that the term is synonymous with either insanity at best, or domestic terrorism at worst.

The fact is that the behaviorists attempting to “nudge” humanity into a Great Reset of technocratic feudalism have set their sights on “conspiracy theories” as the primary threat to their agenda which they assert, must be destroyed and subverted through a number of techniques enumerated as early as 2008 by Cass Sunstein (counsellor to Biden’s Department of Homeland Security) in his essay “Conspiracy Theories: Causes and Cures“.

In this Canadian Patriot Review documentary produced and narrated by Ottawa film maker Jason Dahl, the true nature of “conspiracy theories” is explored from Ancient Rome, through the Golden Renaissance, American Revolution and our present age. Rather than seeing conspiracies as solely a negative term as is so often the case, we evaluate both evil as well as positive expressions of this fundamentally human process which literally means “two or more people acting together in accord with an agreed upon idea and intention”.

The film is adapted from the text written by Matthew Ehret titled ‘Will Conspiracy Theorizing Soon Get you Labelled a ‘Domestic Terrorist’?

Click on the image below to watch the film on Bitchute

Or watch on Rumble here

Thank you for this. Please allow me to make one criticism. As is so often the case today, the narration of this video seems to be in competition with the accompanying music. In several important instances the narrator seemed to be mumbling to himself because the production staff deemed an up swell in what should be background music to be of too great a value thereby compromising the verbal content. 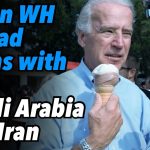 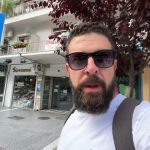 Posting....
wpDiscuz
1
0
Would love your thoughts, please comment.x
()
x
| Reply
We use cookies to ensure that we give you the best experience on our website. If you continue to use this site we will assume that you are happy with it.Ok