Although he isn’t a murderer and never came close, serial rapist Daniel Holtzclaw was convicted of eighteen offences against a number of women. Holtzclaw was an ordinary officer in Oklahoma City, and because all his victims were black, the usual suspects made a big thing about the investigation into his crimes being low key. This was to minimise the risk of attention seekers making false allegations, as a number of them did. One woman was even convicted of this. That being said, the evidence against Holtzclaw was compelling. He targeted young women on the fringes of society, many of whom had drug problems. He came unstuck when he stopped an older woman who was driving her own car and forced her to fellate him.

She went straight to the police, and his goose was cooked. Although cameras were not allowed in the courtroom for the trial, during which Holtzclaw did not take the stand, they were allowed in for the sentencing, and the musclebound creep burst into tears as he was handed a sentence of 263 years. Because of the poor character of some of his victims and a query about DNA evidence, this case attracted a lot of support from people who should have known better, but two years ago the Oklahoma Court Of Criminal Appeals upheld his conviction and sentence.

Another serial rapist in uniform who deserves a brief mention is Abraham Joseph, a Huston police officer who was convicted of only two rapes. He would target illegal immigrants and give them a choice – bow to my will or face arrest. He is known to have targeted at least four women. His conviction was upheld in May 2014.

It isn’t only Britain and America or the Western world in which predators sometimes carry badges. Gennady Mikhasevich was one of the most prolific serial killers you never heard of.  A volunteer police officer in the Soviet Union, the quiet teetotaller, family man and Communist Party member was a serial rapist who murdered at least 36 women between 1971 and 1985.

Perhaps because detective work in the Soviet Union was inferior to that in the West, a number of other men were convicted of some of his crimes, but eventually he got too clever, sending an anonymous letter to a local newspaper that enabled him to be traced. He was sentenced to death by firing squad.

Chinese police officer Zeng Kaigui is a rare bird, a serial killer who murdered solely for money. Nowadays, many Chinese pay with their phones, but not so long ago it wasn’t uncommon for people to carry around large sums of money. Zeng would simply shoot people and rob them. It is unclear how many victims he claimed, but the authorities were said to have realised a serial killer was at large in 2004. Zeng was identified only in 2012 when he shot a man outside a bank and made off with a large sum. A massive manhunt ensued but there has been little news of him since then, and he is believed to be still at large.

Whether or not Zeng escapes justice, the latest police serial killer in the news did. François Vérove (pictured) committed suicide in Le Grau-du-Roi on September 29, five days after receiving a summons to provide a DNA sample. His youngest victim was an 11 year old Parisienne schoolgirl who was raped and murdered in 1986. Vérove is known to have committed at least four murders, including the employer of a German au pair girl who may have disturbed him. 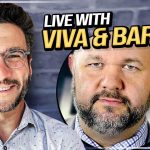 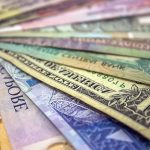