Now, let us take this analogy one step further. The poker tournament is the economy, and the players contribute to it simply by playing, regardless of whether they win or lose. The people playing with real cash are business owners and the like, but ordinary workers don’t have that sort of money, so in order to play the game, they must enter tournaments, playing for small stakes, sometimes very small stakes. But what about those players who can’t afford to play even on those terms? This is where freeroll tournaments come in.

PokerStars has never been big on freerolls, but it does host some, and before the Black Friday domain seizures of a decade ago, there were many more on rival poker sites. A freeroll is exactly that; some require qualification, others are completely free, but the bottom line is that players with no capital can still join in the game – think universal basic income which allows people lower down the food chain to earn small sums of money without falling into the poverty trap.

In the UK, the Conservative Government of David Cameron and the Thatcher Government of the 1970s before it thought the solution to government spending was to cut, cut, cut services, hoping that saving money would enable them to stimulate the economy. The Trump Administration in the States had some success with this, but cutting services without reforming the financial system is simply feeding the rake, as poker players call it.

In the United States, the new Biden Administration is preparing to hike taxes. To return to the poker analogy, some people – ie socialists – argue that it is unjust for a rake of $5 to be levied on a $5,000 pot while the winner of a $200 pot pays the same. They want to increase the rake on the high rollers. What happens when they do? The high rollers move to other sites (ie abroad) or they stop playing altogether. Far better to let them keep their mega-bucks to invest as they will, in other businesses.

So the solution is simple, in order to ensure that everyone does not go broke, it is the duty of the government, all governments, to create sufficient funding, interest-free and debt-free, to keep all the productive players at the table; those who are not productive due to infirmity, disability, notoriety, untrustworthiness or who simply cannot find seats, should also receive a share – albeit a smaller share – of the nation’s bounty. With the increase in leisure time for all which has been brought about inevitably by the Third and soon the Fourth Industrial Revolution, the real problem is not to find make-work jobs for such people, but to ensure that dividends are distributed to all equitably, and that means regardless of income or social status as much as their ability or non-ability to contribute to society in any capacity. 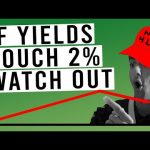 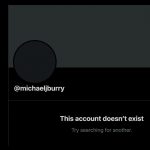