In July, the Stop The War Coalition held a Zoom meeting in which its invited speakers blamed war on “Imperialism”. Topically but not surprisingly the British role in the trans-Atlantic slave trade had more than a little to do with it, and listeners were treated to a clown from the African Diaspora explaining how if it hadn’t been for the slave trade, Africa would be leading the world in technology, art, and everything else.

No, it isn’t true that Imperialism (of any sort) is the major cause of war. Wars have been fought throughout history for all manner of reasons, including religion, but the main cause of war traditionally was the struggle for resources, and later, an equal or even greater cause was the struggle for markets. Libertarians have a saying “When goods don’t cross borders, soldiers will”, or if you prefer the purported original: “Lorsque les marchandises ne traversent pas les frontières, les soldats le feront.”

The struggle for resources is easy to understand; these are usually natural resources such as minerals or land, but what about the struggle for markets? The theory of trade is that by specialising in what they produce best, nations can increase their output of goods (and services), swap them equitably, and everybody benefits by the increased output, even allowing for transport and other costs.

There is though a rather obvious paradox here, and that is that while nations are always able to trade profitably with each other, there is always a shortage of purchasing power in the home market. Every nation has its homeless, its poor, and ordinary working people who would like to buy the goods industry produces, but can’t due to this shortage. This is what the Duke of Bedford called the phenomenon of poverty amidst plenty.

Even more annoying is the fact that nations seem always to be able to afford to fight foreign wars and engage in other overseas ventures while their lower classes eke out a living as best they can, or even have to rely on charity.

Some incredibly erudite people have failed to see the paradox of poverty amidst plenty. In Tragedy & Hope…, his magnum opus, Carroll Quigley – a major influence on Bill Clinton – writes, at page 363 “The interest of the United States in removing the restrictions on world trade was to be found in the fact that she had productive capacity beyond that necessary to satisfy articu­late domestic demand in almost every field of economic activity. As a result she had to export or find her hands full of surplus goods.”

And again, at page 499,  referring to Britain throughout the Nineteenth Century: “Savings were so plentiful that the surplus had to be exported, and interest rates fell steadily.”

In the first quote, how is domestic demand satisfied when there is still homelessness and poverty at home? In the second, why did the “surplus” of savings have to be exported?

In this 1934 broadcast, Major Douglas (pictured), the founding father of Social Credit, explains the concept of war. Although he doesn’t use the word usury, he also points out that the monopoly of credit by the banking system leads inevitably to a perpetual shortage. Think about it, if as he points out, 90% of all money is created out of thin air by the banks, and loaned (ie sold) into circulation at interest, the loan can never be totally repaid. Individual borrowers, including corporations and governments, may be able to repay their loans, but someone must default.

The export of goods and services brings in foreign capital, but not every nation can be a net exporter of goods. This competition often results in war. Douglas also gives the solution to this problem, a national dividend – the UBI advocated by Andrew Yang among others. The national dividend is issued debt-free to all citizens as a right. This increase in domestic purchasing power enables companies to sell their goods without excessive reliance on foreign markets.

Neither Black Lives Matter nor ANTIFA nor any other so-called radical group has shown the slightest interest in this positive solution to national and eventually world poverty. Indeed, they and similar “radicals” will attack every institution under the Sun, including the US Government, every institution except the banks. The reason for that should be obvious, but as long as they continue to think in racial or class terms, they cannot even begin to conceive of the answer.

The author mentions the US money supply. He is right. There is a book first published in 1982 titled “Truth In Money”….that puts a simple math formula of compounding interest since 1913, when the FED was created, to very accurately explain the past and predict the future. Take $1.00 borrowed in 1913 at 6% interest, capitalized into the principle yearly. This graph is what M3 would have looked like. Carried out 110 years, the quantity is accelerating more and more each year. You will understand much by making that graph. Yes, making money from air has deep historic roots in… Read more »

I’m talking about capping the Fed and making all new money as “equity”….US Treasury Dollars for the next 10 years. The FED would still collect interest, and principle and loan THAT money back to the citizens, but the new money would be equal, by law, in a constitutional amendment to define the nations money to benefit the citizens, not only the Jewish bankers that are ready to have you fight another WW. 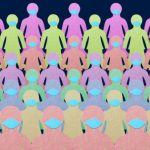 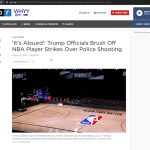