Andrei Kocetov is a member of the Federation of Trade Union Council, in the Peoples Republic of Lugansk,LPR, a newly created Republic in the Donbass region, between Russia and Ukraine, formerly a part of Ukraine until 2014.

When the’ EuroMaidan coup’ erupted, parts of Ukraine, like the Donbass region held a referendum where 90% of the population refused to accept the new fascist regime in Kyiv and asked for regional autonomy within Ukraine, This call for federalisation was met with brute physical force from Kyiv, from Ukraine armed forces and irregular fascist units attached to the Ukraine Armed Forces.

The birth of two republics in Donestk and Lugansk and only partial freedom for the Donbass. A huge proportion of both oblasts are still under Ukrainian control and occupation.

The new Republics have their own elected, mandated, Parliaments with oversight of tax-raising revenues. The civil service, police, hospitals, army and transport, internal and external policy.

They are fully functional, autonomous countries which are trying to rebuild their economies.They are under military and economic siege from Kyiv and because Russia is a capitalist state they are finding difficulty in penetrating the new markets needed to help the economy grow.

Andrei is optimistic about the future for Lugansk and Donetsk. If it can become part of the Russian Federation or associates of the Federation, he believes, like so many others in the Donbass, that Ukraine which does not seek peaceful co-existence, is actually acting on behalf of the European Union and America in further isolating Russia. Joining Russia is the only viable option.

The continuing aggression by the Ukraine armed forces is being witnessed on a weekly if not daily basis in both the Donetsk and Lugansk Republics. There have been 30mm armoured piercing rounds fired at civilians homes and 82 mm mortars have been fired at residential properties and industrial infrastructure in the region.

An example of these continued violations of the ‘Minsk Agreements’ occurred on July 10, 2020, at noon in the village of Goluboskoye, when it is claimed an infantry fighting vehicle a BMP 2, opened fire forcing parents and children to take run for cover.
Earlier that morning, in the same village the people were rudely awoken at 6 am when several artillery shells fired from a BMP 2 armoured vehicle struck an unoccupied building in the village centre, causing blast damage. It was lucky no one was around at that time.

At around 6 am in the village of Zolotov, cannon fire was directed at a house on Pochovaya street, damaging the roof, walls, glazing of the building, while shell fragments furthered damaged large appliances within the confines of the house.
The elderly lady who occupies the home reported she usually’ hides in the bathroom for safety during the shelling but did have time to do so on this occasion’.The shelling is endless, morning and evenings said Valentina Nikolaevna whose son lives with her. During 2020 alone, twenty residential have been damaged in this small village.
There is almost daily shelling in some of the villages in Donetsk, with residents claiming the situation is horrible as reported the Newspaper ‘Republic’

A recent incursion into the Donetsk Peoples Republic near Zaitsevo failed. It occurred in the last few days and was reported on July 16 2020.Three armed suspected saboteurs tried to infiltrate the border, at the contact line.

All three died when they walked into a minefield. One an American mercenary was named as Sean Fuller, the second, an Estonian Mikola Llin and
the third has as yet to be identified.All three men were heavily armed with machine guns and demolition equipment.

All these violations of the ceasefire arrangements which were meant to be guaranteed by the’ Minsk Agreements’ are logged and reported to the CCC and the Joint Center for the Control of the Ceasefire where all violations must be submitted.

The result of the ongoing damage to property, lives and infrastructure in the rural villages and small town of Donetsk and Lugansk leaves the ceasefire in tatters.

With the citizens of the new Republics finding it ever more difficult to secure Ukrainian national passports, the Republics have issued their own, which are not recognised internationally, as the status of the Republics needs to be finalised. The people are turning to Russia, to gain Russian passports, in order to facilitate travel and continue business outside of the Donbass region.

During the present COVID 19  travel restrictions, special transport has been arranged to allow up to 20,000 citizens from Luansk/Donetsk to obtain Russian passports through specially designated centres within the Russian Federation.It is vital going forward, that the people gain full Russian recognition, as Russian citizens Moscow may now find, more than ever, an imperative to protect the people of the region from ongoing Ukrainian state violence.

The people’s armies in both Donetsk and Lugansk are battle-hardened, many are volunteers, including some brave internationals, who have joined the campaign and remain in the militias. They do not have the same level of military equipment that is so prevalent within the Ukraine Armed Forces, which is constantly being replenished by America. The militias are determined they will hold onto the freedoms they have fought so hard for and won.

In Ukraine.in Verkhovna Rada. the  National Parliament has proposed a resolution, ‘that local elections in the uncontrolled territories (the new republics) can only take place after the separatists are disarmed and the border with Russia is under Ukrainian control;’

This is in direct violation of the ‘Minsk Agreements’ signed by both Ukraine and Russia along with representatives of Donetsk and Lugansk and a representative of the OSCE Organisation for Security and Cooperation in Europe. Paragraph 9  states ‘the border transfer  begins the day after the elections and at the end of a full political settlement’
It appears for its own internal reasons Ukraine has effectively torn up the ‘Minsk Protocol’ it appears to be hardening its position and perhaps a second enlarged conflict might become inevitable?

Will Russia defend its citizens living in the breakaway Republics.?

Those citizens residing in the Donbass region currently remaining within Ukraine, will they too push for freedom, from what many considered the’ Euromaidan’ fascist coup of 2014?

Will they push to reunite with friends, family and compatriots in Donetsk and Lugansk?
This conflict is far from over and it is still very unclear what will happen going forward.

Those who fought against fascism, in 2014, will not willingly give up their newly won freedom and their new governmental structures which adhere to traditional socialist policies, in opposition to the neoliberalism now being followed by the Ukraine government alongside the ever-increasing rise of the right in Ukraine.

No need to make this a socialist vs. fascist issue. Democratic capitalist states fought against fascism just as eagerly.

The US is behind the war in the Donbass. Why Russia allowed the violence to progress to the extent that it did was a big mistake.

The Ukies now have their failed state with a standard of living lower than Egypt.
They thought the streets of the EU were paved with gold.
Maybe they should have asked the Greeks about that.

The Greek Communists are quick in spending millions and billions, wich are not their own. The Ukies are just as fast. Both have a grifter mentality. 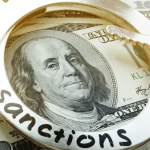 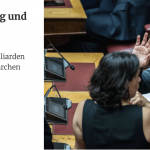