The vaccine passports create a platform for a digital transaction system that documents and tracks all transactions. Once combined with a central bank-controlled digital currency, they will have the ability to block transactions. To prevent the final implementation of this planned control system, we must be ready and willing to sacrifice in the short term. We must be willing to say, “No, I will not comply, no matter what the consequence,” or we’ll lose even our most basic freedoms.

On 29 October Dr. Joseph Mercola discussed the financial consequences of the Covid-19 pandemic with Catherine Austin Fitts.  You can watch their discussion HERE. and the transcript of the discussion is attached below.

Story at a glance:

“I had a very successful career on Wall Street, then went to Washington briefly and was appalled at the mortgage corruption and left,” she says. “I started my own firm, which was very successful, and I got caught up in litigation with the federal government.

“Part of that was due to discovering what a criminal enterprise the major media was. I decided during that period that I would stop trying to discuss anything with people through the media. In fact, I would just answer people’s questions directly. That process of just constantly answering people’s questions … turned into two businesses, one of which was an investment advisory business, started in 2007.

“But what I discovered was that it was absolutely imperative, if you wanted to help clients be successful at building family wealth, to integrate the investment in health and wellness with the investment in financial things. I would have people tell me that they put millions of dollars in their brokerage account, but couldn’t afford organic or biodynamic food.

“I’m like, are you crazy? So, there was an integration that had to happen. Because of the extraordinary expense of vaccine injury and adverse events, it got me very interested in vaccines. I spent many years reading and studying what was going on and why the lies were so bad.”

According to Austin Fitts, your health and personal finances simply cannot be separated. The two are really like two sides of the same coin, and families who don’t learn to navigate through the lies of the medical and finance industries can end up in very bad shape, both health-wise and financially.

One of the most egregious crimes of this pandemic is the mandating of these experimental Covid jabs while simultaneously giving the drug companies full immunity. They’re not liable for anything, no matter how many people are injured or die. A person can be forced into taking this injection and suffer permanent disability requiring millions of dollars of care, and the patient is responsible for all these costs, even though they were coerced into it.

“Early on in the Covid-19 pandemic I published an article called ‘The Injection Fraud,’1” Austin Fitts says, “and I went through the different liability issues.

“The goal of the Covid-19 forms that we’ve published on our website is to try and move the liability back to where it belongs, because you’re watching a shift of billions of dollars of liability to families for health care, disability, workman’s compensation, unemployment, death and on and on. The shift of financial liabilities to individuals is extraordinary.

“What we try to do with the Covid-19 forms is give individuals forms that they could use in negotiation with their employers and schools to try and hold them responsible for informed consent … Then it walks through the health care issues, the disability issues, workman comp issues, life insurance issues …

“That process started with something called the family financial disclosure form. We had many subscribers who had spouses who wanted to get the injection.

“It was very important for me to give people a form they could walk through with their spouse and ensure that an adverse event impacting the spouse would not translate into bankruptcy for the family because there are steps that people can take to protect the family from financial destruction if they’re foolish enough to go take one of these [shots].

“So, it started with the family financial form, then it translated into an employer and university form, and I have been told by subscribers that they were able to talk their employers out of requiring [the shot] once they went through the form with them.

“It’s incredible, because employers and universities are just flat out lying to people, whether it’s about the adverse events and the potential risks, or about what the law is.

“I dare any employer who is trying to say that they’re mandating this when they’re still under emergency use authorisation to produce a document from government, whether legislation, law or regulation, that says they have a basis in law to do this. As far as I know, OSHA [Occupational Safety and Health Administration] has not published anything yet.”

Is There Conspiracy Blackmail Going On?

While I believe many employers and school administrators are simply ignorant and have fallen victim to the most successful propaganda campaign in modern history, Austin Fitts suspects they know exactly what they’re doing.

“I don’t think it’s the propaganda,” she says. “I think they’re under terrible pressure from both the government and banks … I think there’s RICO [Racketeer Influenced and Corrupt Organisations Act] conspiracy blackmail going on behind the scenes.

“I think they do understand it. And, I think they’re being seriously threatened through the banking system. If you look at the strongest pressure we’re seeing, it’s coming from the central bankers and the financial side. (…more) 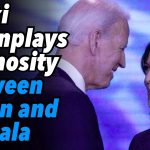