The world Olympic movement has always been based on the principles of equal and impartial attitude towards athletes – representatives of all states of the world. The Olympic Games were designed to stop wars and political strife, to unite representatives of all countries of the International Olympic Committee. One of the main Olympic principles was peacekeeping – the opportunity for the strongest athletes to meet under national flags for a peaceful competition. We seem to be losing all this today. Since the days of Nazi Germany, the Olympic Games have become a weapon of propaganda, and during the Cold War, political squabbles from terrorist attacks, protests and boycotts unfolded around them. However, now, when the International Olympic Committee (IOC) forced the Russian team to abandon the national flag and anthem, the entire political background of the current Olympic Games has become especially visible.

In ancient Greece, military operations were stopped for the period of the Olympic Games. Peaceful competitions, the cult of sports, the cult of beauty and the spirit of ancient competitions had priority. As the founder of modern Olympics, Baron de Coubertin, wanted to revive all this! But the proud fathers of Athens or Baron de Coubertin could hardly have imagined that in modern days noble sports would turn into an instrument of a political game. Earlier, there were boycotts because of the Cold War, provocations in the stands, racism… Now we have strange doping scandals. As a result, the Tokyo Olympics, at the suggestion of the International Olympic Committee (IOC) and the World Anti-Doping Agency (WADA), have become institutions that also operate on the basis of political interests.
As a reminder, since 2014, the World Anti-Doping Agency (WADA) has been investigating the massive use of doping by Russian athletes. They were stripped of their medals and removed from the competition. In Russia itself, where they love sports and root for their athletes, this was perceived as a planned attack on Russian sports. Moreover, for example, Russian biathlon fans are convinced that half of European athletes in this discipline use anti-asthma drugs that expand the lungs “for medical reasons”.

However, that the suspension of Russian athletes is not based on scientific facts is confirmed by the statement of the most decorated Winter Olympian of all time, Ole Einar Bjorndalen.

Bjorndalen, 47, an eight-time Olympic biathlon champion, stated in 2017,that more compelling evidence than scratch marks supposedly found on sample bottles of some Russian athletes if they are to be implicated in the ongoing doping scandal.

“I hope that we will be able to see some evidence for what they [Russian athletes] are being punished, and that it it’s not that there are some marks on the bottles, because then I will be terribly afraid of giving samples,” Bjorndalen, said, as cited by the Norwegian News Agency (NTB).

The very idea that one can be found guilty of doping violations without being tested positive has stoked fears among the athletes as they now worry they can be punished virtually under any pretext, Bjorndalen said.

“We skiers are beginning to feel uncertain when we are being tested that there are some scratches on sample bottles for which they can punish us,” he said.(1)
Anyone who violates the doping regulations should be punished, and severely, so that the strong message is sent, that fair play is the basis of the Olympic Games. But to punish the whole country, and which is superpower in sport(Russia is always among the few countries with the most medals won), on the basis of unreliable evidence, is absolutely unacceptable.

Therefore, in response to a well-thought-out decision of the International Olympic Committee (IOC) in the days of the Olympics rallies, the Russians launched the not quite tolerant hashtag #wewillROCyou (according to the permitted name of the Russian team – Russian Olympic Committee). The anger of ordinary Russian citizens is reasonable if we keep in mind that never in history has any country been deprived of its flag and anthem.

So we have to ask ourselves, all of us who love sports but also basic human rights, is it right to try to humiliate a country of 147 million inhabitants? Especially having in mind how much that country has provided to the world in the field of sports, culture, science. The answer is self-imposed – the injustice towards Russian athletes and Russia must be corrected. 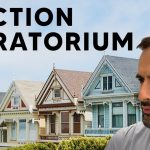 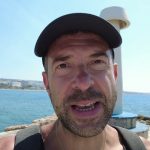