In late 2019 the United States Congress initiated sanctions against the Russian pipeline project Nord Stream 2. Nord Stream 2 is currently being built through the Baltic Sea and into Germany, which will be the pipeline’s main benefactor.

What does the United States have to do with a pipeline in eastern Europe? A lot, apparently. After World War II, the United States initiated a policy unofficially titled “the world is our playground.” The United States has this idea that Russia is one of its worst enemies (which is 99% our fault, but that is a whole different issue), and any country or business that associates with Russia must be dealt with. Instead of using military action, we go with a more shady approach: economic war. Both economic warfare and physical warfare kill, just in different ways. The United States has been the main benefactor of economic warfare due to the fact that it’s currency is currently the world’s reserve currency. Therefore, we have been able to bully most of the world into going along with US economic interests (which are mostly US big business interests).

Russia currently supplies Europe with 30% of its energy. This is quite concerning to the United States and NATO, who consider Russia a direct threat to it’s new world order. The Trump Administration, with pressure from Congress, then decided to make it a lot harder for Russia to expand this economic influence by sanctioning the pipeline. Germany, however, has been desperate for a new energy source after it has crushed its energy sector in the name of “green energy.” Therefore, Germany has resisted US attempts to sabatash the pipeline, even after pressure for it to be terminated after the false accusations Russian opposition leader Alexei Navalny had been poisoned by the Russian government (who is known to the Russian public as a NATO puppet, as he polled at less than 1% in the last presidential election).

Now, the Biden administration is willing to negotiate with the Russian and German governments to lift the sanctions on the pipeline if certain US demands are met. These demands include preventing Europe from becoming overly dependent on Russian natural gas and expanding European gas infrastructure into Ukraine. If Biden thinks he is going to take Putin to the table and win, he will be mistaken.

attention. They have no concept of the damage they do to their own citizens.

“Instead of using military action…” The RF and China are well aware of potential “military action”. NATO is well aware that they cannot “win” a military action. Of course the intrepid “burgercrats” of The Fourth Reich – the EU – are constantly assured they will survive. Perhaps they will hide in the Alpine tunnels..who knows? Meanwhile Europe is being destroyed from within. This is third attempt the idiots in Berlin, Brussels and Vienna have been “cul-de-sacked” As for the professional “diplomats”…well what can we say. Borrell has the characteristics of a weasel, he leads a group of low character individuals… Read more »

Why's it always the Micks?
Reply to  The Rise and Fall of America's Universities

Too bad McCain isn’t around any more for podium photo-ops with founders of neo-nazi parties to stir things up. Where’s that Chris Murphy mutt anyway? AWOL, I guess.

The USA will loose the economic-warfare vs. Russia and China! They are now fully “occupied” with their new fascism taking over the whole society! It is NOT the first “superpower” to become totally dismantled! But also the EU will crash and it will be ugly! How ever – hope the best, but prepare for the worst! Things can happen fast in these days!

If I were running the US, I’d quickly move to sanction the saw that it’s using on the limb it’s sitting on.

The one mistake many are making is that Russia doesn’t trust China any more than it trusts the US.
There was a reason Russia kept delaying many agreements with China before the Obama era sanctions.
The CCP is no better than the US.
The good news is both are basically homes of sticks.
If Russia is wise they will continue to build up their domestic manufacturing and wait fore the US and China to both self destruct. Remember if the US did financially collapse 20% of china’s manufacturing would also collapse.

Seriously Sue, you display egocentric Western thinking in your post. China does not NEED the West. Today, tomorrow or into the future. China will do very well focusing on Eastern Asia and the nations within who all wish to advance financially/economicly and socialy. NONE of this has been possible for them over the last 70 years. The West has NEVER EVER given a stuff for these nations other than to rip them off, keep them under the boot and pillage and plunder as they saw fit. We see perfect example of this right now in Australia. China and Papua have… Read more »

A Penny for your Thoughts
Reply to  Sue Rarick

China ain’t self-destructing in any of our lifetimes, I’d wager.

I suspect Putin just told (or repeated to) the Germans in no uncertain terms that if NS2 fails, then once the Ukraine contracts are up and even before, there’ll be unleashed a MAJOR state-funded effort to build serious domestic competition, independently and/or with Chinese joint efforts, with everything any German/European industry that’s dependent on natgas has to offer, and that BASF and the rest need not apply for a place at the table.

Probably scared the bejeezus out of them. 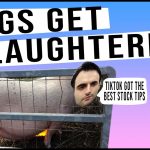 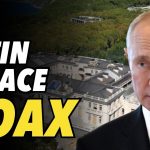