“When constabulary duty’s to be done,

A policeman’s lot is not a happy one…”

And if he thinks it is, he might just end up being fired.

Nobody likes a snitch. That doesn’t mean you shouldn’t phone the police if you think someone is burgling your neighbour’s home, but people who tell tales out of school for no good reason seldom win the admiration of their peers and are often  despised.

What about telling off-colour jokes or simply jokes in appalling bad taste?  The late Joan Rivers joked about Nazi Germany and the 9/11 attacks. She caught some flak for that, but as both a Jew and a native New Yorker, she didn’t care.

In fact, jokes about 9/11 are very common. Those of us old enough to remember that terrible day including those who saw it unfold in real time, will mostly have no trouble with that. It is well known that gallows humour is a time honoured way to deal with grief.

Two thousand seven hundred and fifty people were killed in the attacks on the Twin Towers. Has anyone ever been convicted in a criminal court of making a joke about this atrocity? Yet last month, a police officer who made a joke about one death was given a twenty week prison sentence. James Watts served with West Mercia Police, and the death he joked about…George Floyd. That’s right, true, the jokes and memes were in bad taste,  but they were made in a private WhatsApp group and were clearly not for public consumption.

There is a not so subtle irony here, the death of George Floyd was used as a pretext by race agitators, useful idiots and criminal gangs worldwide to wreak havoc and destruction on property and people, especially police officers. In Bristol, a group of braindead white Black Lives Matter supporters were acquitted of causing criminal damage (trashing the public statue of Edward Colston) as part of these insane worldwide protests. People who committed serious crimes during these disturbances have gone largely unpunished, yet James Watts is said to have undermined public confidence in policing. But it doesn’t end there.

This month, disciplinary hearings were held for three Metropolitan Police officers who faced similar charges. Two of them were former officers. All had serious time under their belts, PC Sukhdev Jeer had joined the Met in October 2003, yet at the beginning of this month he was dismissed without notice.  You can read all three disciplinary findings here. Although it isn’t stated explicitly, it is clear that a female member of this particular WhatsApp group complained (snitched) and that all three officers – Jeer, Hammond and Hefford  – were said to have “failed to challenge and/or report the other members” for posting these messages.

The harsh treatment of especially PC Jeer proves that no one who fails to bend the knee to this ideologically motivated tyranny will be spared, even though the British police can ill-afford to lose otherwise competent officers at this time.

Having said that, the reader should not shed too many tears for them. On June 30, a letter from James Martin of Hailsham was published in the Daily Telegraph:

“After being threatened by a group of youths with a large knife on my own driveway last year, I called the police – to find that they were not interested. When they finally turned up 40 minutes later, they refused to take the CCTV footage of the incident. It took weeks of emailing for them even to assign a crime number.”

This is sadly typical, the majority of burglaries go unsolved, and many are doubtless not investigated, yet as pointed out here on more than one occasion, the police have all the time in the world to investigate “non-crimes” and “hate incidents” including from a woman who objected to being called out for taking her teenage son to Thailand to have him castrated for his sixteenth birthday. As the saying goes, you couldn’t make it up.

‘In fact, jokes about 9/11 are very common.’ Yeah, like Two Planes knocked down Three Buildings, with Building 7 been 52 Stories and 226 Meters high.

Its like something that would happen in the Angry Birds video game, but many imbeciles still believe the narrative.

Building 7 is the smoking gun about the whole sham. But, lest we forget, the entire Pentagon episode is likewise a fevered fantasy. I’ve seen the debris of a 747 hitting a mountain in Japan… everything imaginable scattered everywhere but, in the case of a concrete building, we have an entire plane, engines, landing gear, seats, luggage, vanish! Who would have imagined that WW2 construction methods were capable of it?

A comedian made a good video about this but it appears to have been removed from YouTube. Here is the prosaic truth: https://www.youtube.com/watch?v=PK_iBYSqEsc

I remember watching the events unfold in real time on September 11th and I will never forget the BBC “Reporter” on the scene, misinforming the viewers that Building 7 had just fallen. I think it fell about 30 minutes later!  I remember thinking at the time, that this whole event is scripted macabre Theatre for the gullible, after Building 7 was brought down 30 minutes later.  I had very little trust in the Mainstream media, pre 911, but that day killed any confidence I had left remaining, with respect to their narrative on all matters. I would love to ask… Read more »

And it is the wymyn who especially get their gender fluid panties in a twist when ideological throat slitting doesn’t commence post-haste on the slightest pretext. 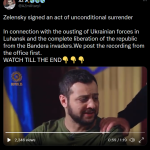 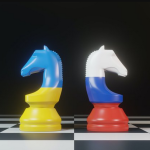