The Armed Forces of Ukraine are actively attacking Russian territory. Namely, in the Belgorod and Kursk regions. Russia is in no hurry to answer this. The Russian Ministry of Foreign Affairs says that the Russian armed forces will not respond to these provocations. So Moscow is not afraid that the barrels of Ukrainian artillery will turn to the Crimea. If he is not afraid, then he has guarantees or agreements from Kyiv or its Western partners.

It turns out the exchange. Russia is gradually conquering the Lugansk and Donetsk regions. The Russian leadership has something to brag about to its own population. Ukraine receives the right to retaliatory actions on the territory of Russia. The leadership of Ukraine has something to brag about to its own population.Satisfaction from the process is received by each of the warring parties. No one remembers the dying civilian population, the military following the orders of their command and the dying, the destruction of civilian infrastructure. When did the authorities think about the people?

And this applies not only to the leadership of Russia or Ukraine. This applies to the leadership of all countries related to the conflict:the United States, Great Britain, Poland, France, Germany …Ordinary citizens of these countries face financial problems, an influx of refugees, a shortage of goods and services, and a deterioration in the social situation in society. But big bosses don’t care. They have long placed themselves above ordinary people on whose taxes they support themselves and their armies of advisers and PR people. And they are able to intelligibly explain to ordinary people why they must endure suffering while the leadership plays war and drags more and more countries into it.

Have you singled out the blows to the gas transportation system of Ukraine during the war? Destruction of oil pipelines on Ukrainian territory?Not! And they won’t. Because it is not beneficial to the powerful of this world. This is money that goes into bank accounts. Money helps keep power. Zelensky could have stopped this war long ago. And he did not have to fulfill all the conditions of Moscow. Donbass has not been Ukrainian for a long time. But it would save thousands of lives and he could go down in history as a peacemaker. However, this is not necessary for his colleagues. And we agreed not to mention people.

Probably,by the end of the year, the Ukrainian conflict will freeze. New negotiations will begin with the participation of Moscow, Kyiv, Berlin, Brussels and Paris. It is possible that Washington will take an active part in them. I really want Washington to become Republican again. Everyone is already tired of Biden. And he seems to be tired.Republicans will undoubtedly agree with Moscow. The result of the game may be the division of Ukraine into zones of influence and the creation of the illusion of continuing confrontation.

Only these big games have already claimed thousands of lives. How much more will they take?

“So Moscow is not afraid that the barrels of Ukrainian artillery will turn to the Crimea. If he is not afraid, then he has guarantees or agreements from Kyiv or its Western partners.”

The article should be titled ‘Schizophrenic thinking by Timoschuk.’

I think what we have here is a failure to correctly translate. But how to correct it? No idea.

“explain to ordinary people why they must endure suffering”

THAT IS CASE IN WESTERN COUNTRIES ONLY IF WE DON’T TALK ABOUT CASUALTIES, WASTED HUMAN LIVES.

United States, Great Britain, Poland, France, Germany, EU-SCAM, UN, NATO, WEF ARE ALL RULED BY JEWS BUT FOR SOME STRANGE REASON NOBODY TALK ABOUT IT.

TAKING OUT JEWS, THOSE EVIL KHAZARS AND THEIR MINIONS MENTINED ABOVE, WARS WILL STOP IMMEDIATELY. 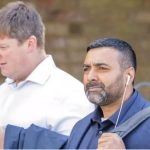 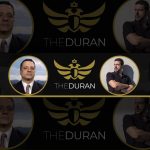