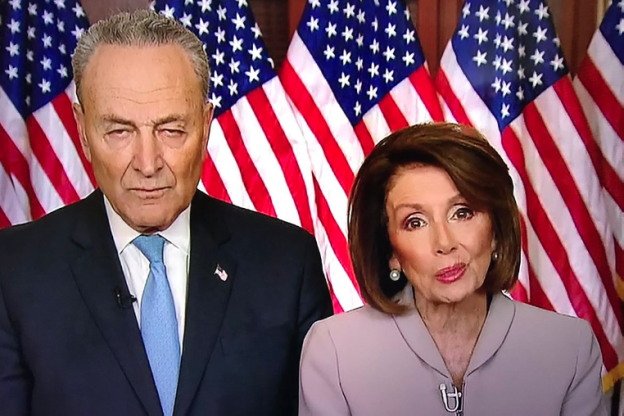 The Senate on Saturday passed the Democrats’ massive $1.9 trillion Covid relief bill that has nothing to do with Covid on a party-line vote.

The bill will give some Americans $1400 after Democrats shut down businesses for nearly a year.

The Covid relief bill is a power grab for the Democrats, teachers unions, minority interests and will funnel tens of thousands of dollars to federal workers.

Democrat Senators went around Republicans by passing the bill through budget reconciliation, a process that requires only a simple majority vote.

TRENDING: PURE MARXISM: Prosecutor Argues Pro-Trump “Shaman” Jacob Chansley Should NOT Be Released Because He Might ‘Push False Claims of Election Fraud” Once Released

The bill will now go back to the House to approve of the several last minute changes made by Senate Democrats.

The House is expected to pass the bill no later than Tuesday and send it to Joe Biden’s desk for a signature before unemployment aid expires March 14.

The Senate passed a $1.9 trillion coronavirus relief package on Saturday as Democrats rush to send out a fresh round of aid.

Senators passed the bill through budget reconciliation, a process that required no Republican support but every Democratic vote. Senate Democratic leaders had to wrangle disparate forces within their caucus to win unified support while trying to balance the need to keep nearly all House Democrats on board to pass the plan next week.

The change — plus a separate Senate decision to limit the number of people receiving stimulus checks — risked drawing the ire of progressives in the House. Biden endorsed the unemployment deal.

A disagreement within the party stalled the process for about 12 hours on Friday. Democratic Sen. Joe Manchin of West Virginia declined to back his party’s proposal for unemployment aid, sending leaders scrambling to craft a compromise that could win his support and salvage the bill.

Final passage of the bill followed a vote-a-rama, where senators considered dozens of amendments to the package. Lawmakers, at times dozing at their desks or putting their heads in their hands, voted on changes through Friday night and into Saturday afternoon.

“This isn’t a pandemic rescue package. It’s a parade of left-wing pet projects that they are ramming through during a pandemic,” Senate Minority Leader Mitch McConnell (KY) said on Friday. 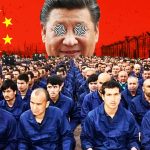 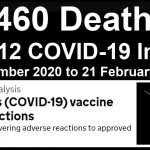