In the early hours of September 26, President Trump sent out the announcement on Twitter that a gigantic continental project long through dead and buried will be revived: The 2570 km Alaska Canada Rail connection which will move freight, oil, grains and other goods from Anchorage to the Yukon, Northwest Territories and Northern Alberta.

For those who are not aware, anyone wishing to take rail from the USA north, will only make it as far as British Columbia as a 1000 km gap separates any rail from Alaska. When looking at the post-WWII battles for continental development, it is somewhat incredible that this gap has remained in place for decades with the northernmost rail line extending as far as Dease Lake BC, built over 50 years ago by the great pro-development Premier W.A.C. Bennett. For decades the Dease Lake line was called “the railway to nowhere” and featured a price tag of only one dollar which in fact is today only a relic of a sabotaged northern vision which was always designed to connect Canada and the USA while opening up the north for development. That full story was told in Forgotten Battles Against the Deep State: W.A.C. Bennett vs the Malthusians.

When compared to the robust development of Russia’s Arctic and the new emerging Polar Silk Road paradigm which have united China and Russia ever closer into a long term Arctic growth program, the North American Arctic remains an underdeveloped barren tundra. Despite the bountiful resources in the Arctic, no roads, rail or other development have been permitted to extend northward for decades. Up until Trump’s announcement of Federal support for this new project, the only North American Arctic discussions of note in recent decades have centered on anti-Russian militarization and Anti-ballistic missiles.

Instead of that hoped-for era of prosperity and win-win development envisioned by Bennett, Kennedy or Diefenbaker, what arose in the wake of the 1971 floating of the U.S. dollar, was a 45 year slide into consumerism, speculation, and zero-technological growth at home and abroad which saw all of the frontier projects led by great statesmen during the post-WW2 decades increasingly grind to a halt.

While the Albertan and Alaskan governments have made several small efforts to encourage the plan over the years- very little headway occurred due to the monetarist-rules underpinning Globalization which place supposedly “free markets” on the throne, and nation states in the dungeon of economics. Ignoring the fact that top down national planning has driven all of the greatest bursts of prosperity in history including the periods of rail expansion in the 19th century and post-war period, Globalization’s architects have ensured that nations are to play no role whatsover, while “live in the moment” hedonism runs amok.

In the year 2000 the Alaskan government spent $6 million on a feasibility study followed in 2015 by a similar study funded by the Province of Alberta, desperately sitting upon the edge of total economic despair under the weight of decarbonization initiatives being pushed into law by Ottawa technocrats. It was here in 2015 that A2A was created as a private initiative to advance the plan which the federal government had committed to blocking for far too long. Standing for the Alaska-Alberta Railway Development Corporation, A2A’s CEO Sean McCoshen has stated:

“This is a world-class infrastructure project that will generate more than 18,000 jobs for Canadian workers at a time when they are most needed, provide a new, more efficient route for trans-Pacific shipping and thereby link Alberta to world markets.”

This last concept of linking North America into the Pacific now being increasingly shaped by the Belt and Road Initiative and Multipolar Alliance is vital. Any chance the west has to avoid a total meltdown under an emerging total economic blowout of the system and civil war is premised upon tying our economic destiny to the pro-growth win-win model of the east. The opportunities for war-avoidance both in the Arctic and in the Pacific should be obvious to all.

Although Trump’s announcement is a great first step towards the realization of the long-overdue project, there remains many obstacles that could yet derail it.

For one thing, the project must be vetted by Environmental Impact Assessments in both the USA and Canada. These organizations have developed a well-earned reputations as destroyers of all large scale infrastructure projects since the post-industrial paradigm shift occurred 4 decades ago. These nominally “environmental” organizations have operated since the early 1970s under the philosophical view that “natural ecosystems are fixed and static” while human activity is constantly changing. To the degree that human economic activity impacts the supposedly “natural static equilibriums of nature”, then that activity is “bad” and must be halted. “Good” infrastructure which is permitted to get approval by the Environmental Impact studies involve only such things as our found in things like the “Green New Deal” (ie: windmills, solar panels, and food-burning biofuel programs), or the Asian Green New Deal known as OSOWOG. The sorts of real infrastructure the west used to build during its pro-industrial growth paradigm or which China currently builds under the Belt and Road Initiative are verboten under this logic.

It must also be recalled that Canada’s federal government now dominated by Green New Dealers such as Mark Carney and Chrystia Freeland must still approve the project to the degree that it moves through the Northwest and Yukon territories (Provinces are endowed with vast sovereign powers to determine their own use of resources in the Canadian Constitution which does give Alberta the flexibility to evade SOME aspects of federal sabotage which one might expect to see unfold under a renewed pro-growth paradigm.

I live in AK and I’m very, very excited about this proposed project!!! Can’t wait to expand our railway infrastructure

If TRUMP Get the white house you will see it within 5 years or before, If Biden is made the new rule of the communists system Of the Former USA you will never see it happen.
Unless the new GULAGS Are built:…. see 1919 USSR

Hope it works for over 100 years this is one of the main Reasons that part of the world is so Isolated and many areas are still Inaccessible.

The next step will be to link Russia and Alaska , a long discussed project ,and thereby also linking China with the North American continent .Instead of throwing arrows at each other maybe we can just trade with each other .Now wouldn’t that be a win-win-win .

You always have to remember there is only a couple of weeks before a Presidential election and promises flow thick and fast. In the long run the cost will be found to be prohibitive as these funds will find more productive areas for investment such as the military industrial complexes and wars/regime changes.

We need an optimistic vision for Canada that works with the win-win development model of China rather than imperialistic models that rape and pillage the less developed countries followed by the British Empire and then the USofA when it stopped being a republic. 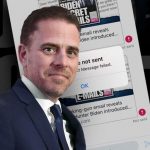 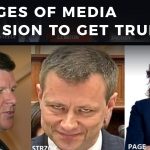