One shouldn’t laugh at rape because a real rape is a violent crime that can have life-shattering consequences for the victim, but some of the drivel spouted by the sexual grievance industry and college feminists is difficult not to laugh at. The University of Rochester, New York has recently issued a manifesto for ALL sexual assault survivors, or someone associated with it has.

This drivel is explained by Haven Worley in Campus Times. Let’s go through it:

“We declare that ALL sexual assault survivors ARE survivors, but NOT BROKEN or DAMAGED individuals.”

Except for those who are broken and damaged individuals. The word survivor is of course a deliberate exaggeration in the vast majority of cases. A woman who is groped in a nightclub may have undergone an unpleasant experience, but if that happens to you, you don’t get to call yourself a survivor.

“We acknowledge that sexual assault survivors on college campuses don’t have to identify as being female to be a survivor.”

Here we go again, men can be raped too, and so can women who call themselves men.

“We recognize the disturbing rate of cases on college campuses. 13% of all students experience rape or sexual assault through physical force, violence, or incapacitation, and 23.1% of TGQN (transgender, genderqueer, nonconforming) college students have been sexually assaulted. However, only 20% of female student victims of the age 18-24 report to law enforcement, and even less for non-female student victims.”

Playing the numbers game again, and semantics. If you are inclined to believe such twaddle, check out this recent article, or ask yourself a simple question: are young women on the American campus really less safe than those in India, Pakistan, or perish the thought Afghanistan?

“We believe all sexual assault survivors have a right to a trial if they decide to testify against an alleged perpetrator, and they also have the right not to if it places them in a position of insecurity.”

Let’s rephrase that, all women who have genuinely been raped have a duty to report the rape as soon as practicable. This duty is to other women as much as to themselves.

“We affirm that rape culture in colleges SHOULD NOT EXIST.”

This should read we affirm that rape culture is a myth created and spread by airhead women and given wide credence by a compliant media.

Under MENTAL HEALTH ADVOCACY, we are told:

“We believe all survivors of sexual assault should have the right to FREE HEALTH CARE and MENTAL HEALTH RESOURCES.”

Clearly some of these “survivors” need it, because “We demand abortion rights for all, NOT just women.”

Get out of Universities, you can get only dumber there. 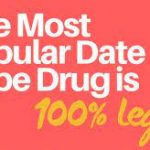