Turkey launched a cross-border attack against separatist Kurdish militants in northern Iraq within hours of US President Joe Biden’s recognition of the Armenian Genocide carried out 106 years ago by the former Turkish government.

US troops, and their Kurdish allied militia, the Syrian Defense Forces (SDF), came under armed attack in northeast Syria after Biden recognized the Armenian Genocide. The attackers were Turkish-backed mercenaries.

US military spokesman Col. Ryan Dillon said on Tuesday, “Our forces did receive fire and return fire and then moved to a secure location,” and added, “Our overt patrols that have been conducting patrols in that area to keep tensions down received fire multiple times.” He acknowledged that the US had informed their Turkish counterparts that these attacks were “unacceptable”.

Biden spoke to Ankara’s extremist far-right authoritarian leader Recep Tayyip Erdogan on Friday 23 for the first time since taking office, and the next day Biden announced the US recognition of the Armenian Genocide.

Erdogan said he’d discuss US-Turkish strained relations in a meeting with Biden at the NATO summit in June, and said, “Otherwise, we will have no other choice but to implement the new practices required by the new level to which our relations have fallen.”

For decades, Turkey had successfully coerced and threatened  US administrations into not issuing recognition.  In deference to the close relationship of the US and Turkey and their NATO membership, the US was willing to turn a blind eye to the genocide, even though the US has a substantial Armenian community.

The People’s Protection Units (YPG) is the military wing of the US-backed Syrian Defense Forces (SDF) and is allied with the Kurdistan Workers Party (PKK), an internationally designated terrorist group, which has killed thousands in Turkey over three decades.

Erdogan has repeatedly demanded that the US stop support of the SDF and the YPG, as the terrorist group represents a national security threat to Turkey on its southern border with Syria.

Erdogan supports the territorial integrity of Syria, in line with international law.  The SDF and their political wing, The Democratic Union Party, have established an autonomous administration in northeastern Syria, and the goal is to establish a Kurdish ‘homeland’ out of the territory they occupy in Syria.

Northeast Syria has a mixed population of Kurds, Arabs, and Syriac Christians, and the Kurds are not the majority. Arab tribes have sided with the Syrian government in the dispute.

Turkey and Syria both oppose the Kurdish autonomous administration, which was forcibly seized from non-Kurdish residents in an ethnic-cleansing operation supported by the US.  However, Turkey has backed the US plan for ‘regime change’ in Syria from 2011 until the present.  This has kept Turkey from aligning with their Syrian neighbor in stopping the Kurdish ambitions.

Russia, and their host Syria, were both large fighting forces battling to defeat ISIS when the Caliphate held a large swath of Syria.  The logical military decision would be for the US coalition to partner with Russia and Syria to stop ISIS.  However, the US did not act logically and instead spent billions on a group of renegade Kurds, who had hopes of establishing their own country.  The SDF and their political wing follow a strict form of communism, taught to them by the PKK, which is their root organization.

American domestic politics shuns and damns communism as the ‘red-plague’; however, in the case of the Kurds, the White House, Pentagon, and Congress are all in support of the radicals who used ethnic cleansing to obtain and control their occupied territory in northeast Syria. This is an example of the US double-standard.

Ankara has hassled US officials and staff in Turkey, and had US President Trump on speed dial, calling the White House with frequent demands.

After Turkey purchased Russia’s S-400 air-defense system, the US officially kicked Turkey out of its F-35 fighter jet training program. The US had previously warned that the S-400 could be used to collect data on the US F-35.

Turkey demanded the US leave Syria in late 2018 and Trump consented. In January 2018, Turkey invaded Afrin in Syria to ethnically cleanse it of 170,000 Kurdish Syrians, while Turkey used its links to the US to carry out the attack.

Under the ruling AKP party, aligned with the Muslim Brotherhood, Turkey has threatened most of the countries in the Middle East and the region, including Egypt, Israel, the UAE, Greece, Armenia, and others. It has established increasing military bases abroad, developed armed drones, and threatened to attack Greece in 2020.

The Armenian Genocide was the mass murder and ethnic cleansing of around one million ethnic Armenians from Anatolia and adjoining regions by the Ottoman Empire during World War I.

The deportees were deprived of food and water and subjected to robbery, rape, and massacre. In the Syrian Desert, the survivors were dispersed into a series of concentration camps. In early 1916 another wave of massacres was ordered.

Massacres and ethnic cleansing of Armenian survivors were carried out by the Turkish after World War I. The Armenian Genocide resulted in the destruction of more than two thousand years of Armenian civilization in eastern Asia Minor.

The modern Turkish state was created by the Armenian Genocide, which included the genocide of Syriac and Greek Orthodox Christians.  30 countries have recognized the events as genocide; however, Israel has denied the genocide, along with Turkey.

Erdogan has threatened to deny the US access to Kurecik, an early-warning radar which is a critical part of NATO’s ballistic-missile defense capabilities, as well as Incirlik Air Base, which is used by the Pentagon to store tactical nuclear weapons.

The Biden administration is using the Armenian Genocide as a weapon to strike a blow at Erdogan. 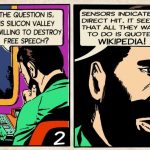