Syria demands US invaders to leave

Steven Sahiounie, journalist and political commentator Faysal Mikdad, Syrian Foreign Minister, said recently in New York, “The presence of US forces in Syria is illegal and they must leave as soon as possible, “he added, “If they do not, they will end up just like in Afghanistan or any other country.”

Faysal Mikdad, Syrian Foreign Minister, said recently in New York, “The presence of US forces in Syria is illegal and they must leave as soon as possible, “he added, “If they do not, they will end up just like in Afghanistan or any other country.”

On September 13, Russian President Vladimir Putin met with Syrian President Bashar al-Assad in Moscow.  Plans to unify Syria were discussed, and US and Turkish invasion forces were criticized for being in Syria illegally, without a UN mandate, and against international law.

US President Joe Biden has said he wants to end the ‘never ending’ wars in the Middle East.  He has also said that the US is no longer following a policy of ‘nation building’, which is just another term for ‘regime change’ projects abroad. But, we can’t forget that Joe Biden was Vice President with President Obama during the period that the US destroyed Syria in a failed attempt at ‘regime change’ beginning in 2011.

Recently, the Biden administration drew criticism at their chaotic withdrawal from Afghanistan. The withdrawal of US troops from Syria would not be as complex, as there are only about 900 troops present.  They would move to Iraq, and the Iraqi Parliament has previously requested that the US troops also pull out, as they are without a current mandate.

President Trump had promised to bring the US troops home from long wars abroad and ordered the pullout of Afghanistan and Syria. However, the ‘Deep State’ stood in his way and refused to allow Trump’s order to be fulfilled in Syria. Trump had campaigned to fight the ‘Deep State’ but instead he was over-ruled by it.

The military concocted a formula to allow the US troops in North-East Syria to steal the oil from the largest oil field in Syria, and provide the stolen oil to the US allies, the SDF.  The SDF would sell the stolen oil to finance their operations, as well as to feed the thousands of ISIS prisoners and their wives and children, who are caged in camps in North-East Syria.  Thousands of the terrorists, their wives, and children are citizens of Western countries, who refuse to take them back.

The US invaded Syria and destroyed Reqaa

In late 2015, the US military invaded Syria. They recruited local fighters and dubbed them the Syrian Democratic Forces (SDF).  The mainly Kurdish fighters alongside the US helped to defeat ISIS in Syria.  However, they were not alone.  The Syrian Arab Army (SAA) and the Russian military in Syria fought ISIS as well. The US refused to coordinate with the Russians and Syrians, who should have been the partners best equipped to fight ISIS in Syria, but instead supported the SDF, which Turkey deems are international terrorists, because of their alliances with the PKK.

In late October 2017, Reqaa was declared free of ISIS.  In April 2019, Amnesty International reported more than 1,600 civilian lives were lost as a direct result of thousands of US, the UK, and French airstrikes and tens of thousands of US artillery strikes in the Coalition’s military campaign in Raqqa from June to October 2017. Other reports counted the civilian death toll of the US-led airstrikes as high as 1,873.

Major General Igor Konashenkov said, “Raqqa has inherited the fate of Dresden in 1945, wiped off the face of the earth by Anglo-American bombardments.”

Both Russia and Turkey seek to eliminate the Kurdish aspiration of a break-away Kurdish state in North-East Syria.  Turkey and Damascus may eventually work together once again to strengthen the security of both countries.  The relationship between Syria and Turkey was very strong and productive before the US-NATO attack on Syria beginning in 2011.

The upcoming US troop withdrawal from Syria will prompt the SDF to repair their relationship with Damascus and will set the stage for diplomacy renewal between Damascus and Ankara. Additionally, the recovered oil well revenue will allow for increased electricity and gasoline for Syrian civilians who have suffered shortages for years.

Quote, “US President Joe Biden has said he wants to end the ‘never ending’ wars in the Middle East.” Unquote.
How about ending those never ending wars in South America where all the refugees are coming from ??? Now the U.S. plans on destabilising Nicaragua, apparently Venezuela wasn’t enough.

It has already destabilised Nicaragua, in fact, many times since the 1800s. https://www.coha.org/the-us-contracts-out-its-regime-change-operation-in-nicaragua/

It’s what the US does, and it is never enough. It’s only been at peace for 16 years out of its whole sorry existence of 245 years. It really doesn’t seem to know how to do anything else but destabilise the world by trying to force other countries to bend the knee to its dictates and by starting wars if they fail to comply.

The dreadful Monroe doctrine.. Pax Americana has brought a lot of suffering to Latin America..The Spanish and French empires were forced out only to be replaced by the US empire..

I agree with the author… These neocon warmongers and neoliberal interventionist just bring misery to the world.. The empire needs to leave the sovereign state of Syria,and the kurdish YPG needs to stop trying to carve up the country, they must learn they are citizens of the Syrian state.. 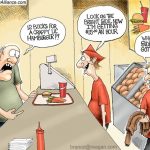 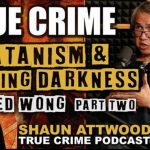