“They’re trying to change history—don’t let them” quoth Brewster Kahle a while ago. Kahle founded the Internet Archive in 1996; if you haven’t used it yet, make sure you do. Start by archiving the links to articles you use, and your own webpages if you own a website or a blog.

Yes, they are not only trying to change history but they’ve been doing it for years. And they are? So-called progressives and their fellow travellers. One minor caveat here, sometimes changing history is valid, though usually this relates to small things. Usually, but not always.  There was for example the Piltdown Man hoax. In 1912, Charles Dawson claimed to have found the missing link between humans and apes. Although some experts were skeptical from the start, it would be four decades before the hoax would be definitively exposed. Political hoaxes – like the Trump/Russia collusion hoax – don’t generally last that long.

In addition to archiving webpages, the Internet Archive also scans and uploads documents, including books and films, some of them very old. You can also upload documents yourself subject to copyright limitations, which brings us to…the SMART Copyright Act. If you haven’t heard of it, yes, you guessed  right, SMART is indeed an acronym, the capitalisation is a dead giveaway. You can read about it on the website Plagiarism Today. Here is the archived version.

The Internet Archive doesn’t think much of this proposed legislation, and is fighting hard to oppose it, or at the very least water it down. Others have joined the fight. There is though a real alternative, that is to realise that if something can be uploaded to the Internet, its copyright is dead, but, and this is a massive but, there is a real alternative. One which only one person in the history of the world seems to have thought of.

you guys are all dirty faggots 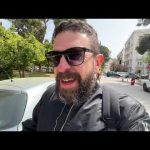 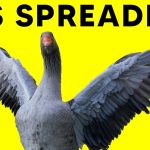