The Guardian newspaper has a long history. Founded in  1821, it was originally called The Manchester Guardian. In 1872, it was bought by C.P. Scott who became the paper’s editor as well as its publisher. Scott died in 1932, and four years later its ownership was transferred to the Scott Trust. In 1959, the paper was renamed The Guardian or simply Guardian. In the early 1990s, it had four editions daily – two published in Manchester, two in London – and then came the Internet; the Guardian is now read mostly on-line and has expanded considerably.

The Scott Trust was wound up in 2008 and its assets transferred to a new holding company, The Scott Trust Limited, which was incorporated as a private limited company on September 24, 2008. Because of its structure, the Guardian (which includes its sister paper, The Observer) has never been as dependent on advertising as other national newspapers, this being the traditional revenue of all media, though it remains to be seen why now with the universality of the Internet any sizeable company would pay to advertise anything.

The Guardian’s financial independence has allowed it to abandon not only commercial considerations but common sense as it has pursued an increasingly left wing and at times insane agenda. Its columnists have included Jessica Valenti, who is gullible enough to believe in the existence of the patriarchy as well as the lies of E. Jean Carroll about Donald Trump. Recently though it has taken to publishing articles on race – absurd and whiney in equal measure. Here are a few recent examples.

Most black British children report experiencing racism at school which turns out to be largely about kids calling each other names.

UK police forces deploy 683 officers in schools with some poorer areas targeted – the word poorer being a synonym for non-white, specifically black. Is this an issue of race or simply a sign of the times? In the 1960s and earlier, the idea of police officers patrolling schools would have been unthinkable, but in the 1960s, pupils didn’t stab each other, and teachers, as they have been known to do today. In 2014, Catholic school teacher Ann Maguire was stabbed to death in the classroom by a 15 year old (white) pupil. Less serious gratuitous violence is a lot more common.

Here are two articles that must definitely be juxtaposed to appreciate how ludicrous this racial narrative really is.

‘Petrified’: Boy, 12, spoken to by police over false claim of cookie theft in Bristol and ‘Systemic racism’: teachers speak out about discrimination in UK schools were both published in later March this year.

The first involves a boy who is said to be of “duel heritage” – watch out for that phrase in future. He was said to have been falsely accused of stealing cookies from the school canteen. Was he arrested, handcuffed, and dragged off to a police station? No. Instead a police officer spoke to him on site warning him of the possible consequences of a criminal record. That seems a proportionate response, but his mother was “absolutely furious”.

Yet in the second article we are told that after a pupil daubed a racial slur (on a wall), he was “immediately reprimanded…faced a fixed-term exclusion [and] the local police [set] up a restorative justice meeting.”

Restorative justice, seriously!? How is this even a police matter?

But this wasn’t enough: “I questioned the sanction the boy had received as the exclusion was very short – fairly minimal considering the absolutely horrific thing he had written about me” and “The next nine months were to be the worst of my career – I was made to feel like I was not allowed to be a victim”.

You aren’t a “victim” because a child calls you names.  Grow a pair.

During the months that followed, the poor bloke claims he was subjected to “a number of microaggressions”. Was this because of racism, or because nobody likes a snitch?

The rest of the article is basically a whine about the supposed lack of diversity in schools, read “Why haven’t I been made headmaster?”

The biggest joke about these Guardian articles is that the teaching profession in the UK as much as the US is as left wing as they come. Does so-called racism really grow worse with every year that passes, or do the increasing number of faux victims simply scream louder over increasingly trivial matters?

I don’t know if the readers are aware of this but the Guardian – part of the Guardian Media Group – decamped in the Cayman Islands, a well-known tax haven – for reasons which have never been made clear.

The Caymans, that hot bed of anarchist revolution… ;-p

The Guardian (aka Sweaty Groin) is leftist?? If it gets any more establishment it’ll push the Daily Mail & Telegraph right off the cliff.
Where are the other 95% of Snowden’s revelations? Where is any balanced reporting of events affecting UK MIC profits? Yemen? China? Russia?
Want solid “left”? Try morningstaronline, cojones required. 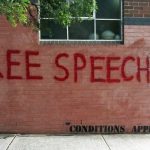 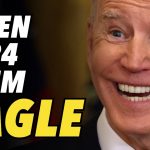