In this first episode of The Great Game of 2022, V and I discussed some of the major issues shaping our world and the storms ushering in the new year.

One of the principled topics unpacked in this show, is how Klaus Schwab was inspired by the Jesuitical Liberation theology of the fascist-turned Marxist “Red Bishop” Helder Camara who led a spiritual reform that made poverty a sign of the divine amidst a Maoist cultural revolution for the entire world. We demonstrate how this thinking underlies not only the reforms undertaken by today’s Jesuit Pope Francis and the Greening of Christianity which has enmeshed the Vatican deeply into the machinations of the World Economic Forum’s “You’ll own nothing and be happy” program for a world of scarcity and mass poverty, but also why the Liberation Theology formula of “God favors the poor” has instrumentalized humanity against itself. Under this perversion of Christianity, humanity is expected to be ushered back into the garden of eden purged of the apple of knowledge that set us into disequilibrium with nature, as a new race of transhumanist high priests manage the supposed global reform.

Other topics addressed include: Why the head of Russia Today is demonstrably part of a fifth column operation within Russia, how RT’s former editor Riley Waggaman has been playing a counter-gang to RT has unleashed a new psy op to convince a western audience that Putin is a complicit part of the anti-human Great Reset agenda. We also address the insanity of German energy politics, the inside job of the Ukrainian plane shot out of the sky in 2020, and the Malaysian airliner shot down in 2014, and finally the color revolution underway in Kazakhstan.

Or watch the video on Bitchute

Matthew Ehret is the Editor-in-Chief of the Canadian Patriot Review , and Senior Fellow at the American University in Moscow. He is author of the ‘Untold History of Canada’ book series and Clash of the Two Americas (which you can purchase by clicking those links). In 2019 he co-founded the Montreal-based Rising Tide Foundation .

Not only has blair been knighted, he has been made a knight of the Garter, the highest order of Knighthood, with illustrious members such as Winston Churchill. The Beatles were also knighted but as Members of The British Empire, a much less illustrious distinction.

MH17 was not shot down by a BUK complex. There were multiple BUK in the crash area present. No citizens ever witnessed or heard the roar of a BUK launch. Ppl heard a bang in the air though. The cockpit windows were blackened on the inside not outside pointing to a bomb on board. 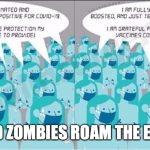 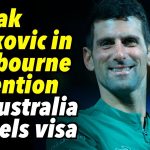