In the wrong hands, even the brightest idea will turn into a weapon of mass destruction.

There is no doubt that combating climate change is important. For too long humanity has mercilessly exploited the earth and its resources. The consequences of this behaviour can and will be devastating for all of us. But how often do we think about the consequences of today’s green politics? It is time to take a realistic appraisal.

The popularisation of the idea of a “green economy” has been going on for years. Multiple crises have contributed to this, most notably the climate, environmental, food and economic crises. Information campaigns promoting the green economy concept show us the dire results of human activity. They show us what will happen to the planet in a few decades and make us wonder what kind of world our children will live in.

All of this should be seen solely as advertising. The tobacco companies used to talk about the exquisite taste and unsurpassed quality of their products, hiding such harmful effects of smoking. There is no exaggeration in this, for behind the promotion of tobacco, as well as behind the promotion of a “green economy”, is the same thing – capital. Moreover, it is safe to say that the environmentalists of today are those whose forefathers built polluting factories during the Industrial Revolution.

The age of transition from manual to machine labour is a prime example of what is happening now. In the eighteenth and nineteenth centuries, people were on the verge of change, and very few were happy about it. While the rich were rebuilding factories, many artisans were losing their livelihoods. In fact, this is when capitalism established itself as the dominant world system.

Centuries later, we certainly see a lot of positive aspects of the Industrial Revolution. On a large scale it was indeed justified. But we can hardly fully appreciate the shock and despair of our ancestors. However, we may yet be given that chance.

The Democratic Party of the United States saw a dangerous exodus of the Hispanic electorate in the last election. Working in various oil industries in the south, they are simply afraid of losing their jobs because of the Democrats’ green ideas.

Of course, there is every reason to believe that the powerful Western economies can cope with the consequences of the shift to alternative development paths. Their resources are sufficient to offset the costs of such a painful process. But what about developing countries?

Here, in fact, is a key element of the hypocrisy of the “green economy” advocates. All of their ideas simply do not take into account the fact that different nations and peoples are entering a new era under different conditions. One might assume that the US, for example, will lead the world into a greener and brighter future. But will the American economic and political elites want to lose this advantage? The answer is obvious, because we are talking about superiority over Russia and China, the emerging industrialised countries. Russia’s economy is dangerously dependent on oil and gas. Just imagine what crisis awaits the Russians when alternative energy is introduced on a global scale. Even Nord Stream 2 could be blocked under the pretext of environmental hazards, even though Berlin claims that the pipeline is necessary for the transition to alternative energy sources

The US Civil War could be an excellent example of contemporary trends. It is worth recalling at the outset that slavery was not the cause of the conflict. Lincoln signed the Emancipation Proclamation when the war was already going on, with its rules applying exclusively to Southerners. The differences between the parties were deeper. North and South differed ideologically and, more importantly, economically.

Contrary to popular belief that the agrarian South was backward, it was immensely wealthier than the North. Three-quarters of the income of the United States was then derived from agriculture in the South. But the North, in the last years before the war, found itself in economic crisis. One reason was Russia, which after the Crimean War flooded the European market with cheap grain, crowding out the Americans. Under such circumstances, Northerners began to literally exploit Southerners to regain ground, taking advantage of their congressional advantage. Not surprisingly, the Southerners revolted. Only for the war they had far fewer resources than the industrialized northern states. The outcome was known to all. And the abolition of slavery became a kind of containment mechanism for the South. Exactly the South, because the three slave-holding northern states – Delaware, Kentucky and Missouri – had abolished slavery 8 months later.

The counterpart to abolishing slavery in the US on the modern world stage is precisely the idea of a “green economy”. Only instead of rebellious southerners, it’s rebellious Russia and China, and instead of the idea of keeping the U.S. from falling apart – to keep globalization from collapsing, which is currently going through a bad time.

As stated above, protecting the environment and combating climate change is necessary. But what they are trying to “sell” to us today has completely different objectives.

Statistics show that most green products are now produced in developed countries – a serious advantage, especially given the protectionism and influence of Western governments over international institutions. Developing countries simply find themselves in an unequal position. They are being artificially relegated to the bottom of the road. And these are not just big words. It is the closure of businesses that do not meet environmental standards set by developed countries. These are millions of people out of work. It is economic crises, riots, toppling governments and new flows of refugees from impoverished countries.

Until all these factors are taken into account, until there is equality in the distribution of green jobs and resources, claims to protect the environment or fight climate change are a hypocritical attempt by elites to maintain the world domination of capital. 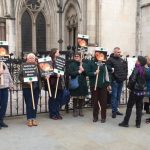 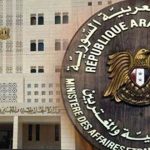