The Syrian Ministry of Foreign Affairs issued a statement, in which it described the meeting of the UN Security Council on the humanitarian situation in Syria as an outburst of US and Western hypocrisy against Syria.

The statement said that the US Secretary of State, “Anthony Blinken” summarized the components of hatred and color blindness that the current and previous American administrations suffer from, and stressed that the hypocrisy, misleading and lying in the speech of “Blinken” has no limits, not befitting to a country that considers itself great and occupies a permanent seat in the Security Council.

The Foreign Ministry statement described the approach of representatives of Western countries, led by “Blinken” as inhuman, unconstructive, and diplomatic pathetic, considering that the Western political discourse had turned into an outdated ideological discourse, and its allegations were inspired by the sick hallucinations of “Blinken” mourning over the Syrians.

The Syrian Foreign Ministry confirmed that the new American administration, which claims to support the political solution in Syria, is simultaneously imposing sanctions on the Syrian people, killing innocent people and causing all forms of violence, injustice, starvation and willful impoverishment, after the “international coalition” led by “Washington” destroyed the Syrian infrastructures.

The Syrian Foreign Ministry concluded its statement advising the US Secretary to demand himself and his administration not to politicize humanitarian aid to Syria, actually work on combating terrorism and pushing the Syrian-Syrian political solution forward.

A disgust a day keeps the bipartisan deep state at bay.

Basically equivalent to a convicted pyromaniac working as an orderly at the Shriner’s Hospital for Burn Victims.

Or a banderanazi or Gen. Hodges shedding a tear over the Odessa Massacre.

Gen. Hodges IS a banderanazi.

Pop a penny into Blinken’s back and he’ll spout out any one of a dozen of Albright’s platilewds.

You meant the organ grinder’s monkey. I assume?

True,they are all monsters,the devil doesn’t appear with horns and hooves,he will appear in a nice suit and spit drivel about human rights,Anthony Blinken is that devil..

I just like to say,I think America has more war criminals than the Third Reich,and if the the universe was correct ,Anthony Blinken,and most of the current US administration would be in The Hague facing war crimes accusations..

Do not diminish the crimes of the Third Reich. Let’s not get hysterical. But I would like to see Dick Cheney and Tony Blair and “W” in the Hague, also Hillary Clinton for her role in Libya and Syria, and Victoria Nuland and many more sanctioned at the very least. 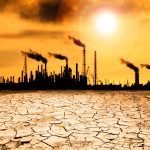 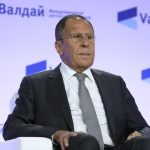