In a New York Times op-ed three days after the 9/11 attacks, Paul Krugman wrote: “Ghastly as it may seem to say this, the terror attack — like the original day of infamy, which brought an end to the Great Depression — could even do some economic good.”

Twenty years on, what economic good has it done, leaving aside all the social evils, increased police state surveillance, wars, etc?

Paul Krugman is an economist, so should know better than to make asinine statements like that, although with some heavy qualification, he is correct. His statement is what Libertarians call the broken window fallacy, and dates to the Nineteenth Century when  Frédéric Bastiat published Ce qu’on voit et ce qu’on ne voit pas  shortly before his death. It can be translated as “What we see and what we don’t want to see”.

The seen part is easy to understand, a shop window is broken, the shopkeeper hires a glazier, who repairs it. This puts money in the glazier’s pocket. If windows and the like are not broken or fitted, the glazier goes out of business. Broken windows are very good for the glazier, but obviously bad for the shopkeeper, even if he is insured, in which case they are bad for the insurance company as well.

In fact, broken windows and other damage are bad for the economy as a whole because they both reduce investment and spending on other things that people may enjoy. They may lead to people having to work harder. The refutation of the broken window fallacy is to break every window in town, or in the country. Is that good for the economy? Of course not. But glaziers aren’t the only people who profit when property is damaged. The recent shambles in Afghanistan has seen enormous quantities of military hardware – everything from armoured vehicles to bullets – falling into the hands of the Taliban. The value of this hardware has been estimated at over eighty billion dollars, which is probably a gross exaggeration, but think how much good could have been done with even one billion dollars.

Leaving aside the human misery, death and destruction, think how different the US economy would be today if a fraction of the money wasted on the war in Afghanistan had been invested in hospitals, low cost housing, public transport, or a plethora of other things. So why was so much taxpayers’ money wasted on this, and so many other foreign wars? Because as Krugman pointed out twenty years ago, destruction on a massive scale,  could, and almost certainly did do a lot of economic good. The big question is for whom? Actually, that isn’t such a big question. Seven years ago, Time magazine published what it said were the five companies making the most out of war. Top of the list was Lockheed Martin, whose 2012 sales were given as $36 billion.

Today, the same company employs over 110,000 people worldwide, and while it does a lot more than make weapons, it is clear that many, many people besides shareholders in such companies owe their livelihoods at least in part to war. If we want to stop war, we need to take the profit out of it, but how?

The Stop The War Coalition was founded in the wake of the 9/11 attacks. One of many, overwhelmingly left wing organisations that lobby against Western militarism, on the evening of September 23, it held a marathon on-line meeting. It is currently campaigning against the next insane military conflict, the escalating tensions with China. Should that come to a head, it will make the Afghanistan misadventure look like a picnic.

Krugman has a large and devoted following among investors. Cognisant of his track record, they hang on his every word……then invest accordingly………in precisely the opposite.

Krugman famously predicted that the internet would never be more than a glorified fax machine. He and his so-called Nobel Prize have been repudiated completely. He is a discredit to economics and should have been placed in a retirement home 20 years ago. Anyone who uses Krugman in an article discredits the article and themselves. 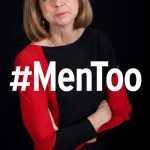 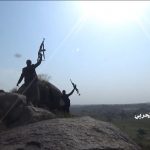