When Russia in the guise of the Soviet Union was a real threat to our interests, people who attempted to expose and neutralise it were accused of paranoia, seeing “reds under the bed”. Now we are told there is a very real Russian threat, including bots and trolls to influence the political process. While the British Government uses the Guardian and other mainstream newspapers!

Do they really believe that? People who know what they are talking about, like William Binney, claim these e-mails were not hacked but were downloaded onto a memory stick, probably by Seth Rich, whose murder remains unsolved to this day, but hush! Unless the blame is laid with Russia, this is a conspiracy theory.

There is a lot more of these double standards, then in paragraph 111 we are told:

“The current legislation enabling action against foreign spies is acknowledged to be weak. In particular, the Official Secrets Acts are out of date – crucially, it is not illegal to be a foreign agent in this country.”

Nor should it be. An ambassador is a foreign agent of sorts, is he not, or any diplomat? Even a spy isn’t necessarily a sinister individual. For example, in March 1946, an American naval engineer named Herbert Kennedy was arrested for allegedly selling secrets to a Soviet naval officer. Kennedy was acquitted when the defense was able to show he had been paid $250 for doing research in the Seattle Public Library.

Paragraph 118 deals with Unexplained Wealth Orders, an absolutely Draconian piece of legislation that has to date been used only against foreign nationals, but give it time. If Russia is such a terrible place, does that mean we should turn Britain into a police state? To a shocking degree, it already is, but that is a different story.

Finally, some common sense with paragraph 144. We must send the right message to Russia:

“Whilst it is possible that an improved relationship between Russia and the UK may one day reduce the threat to the UK, it is unrealistic to think that that might happen under the current Russian leadership. It would have to be dependent on Russia ceasing its acts of aggression towards the UK, such as the use of chemical weapons on UK soil.”

That sounds suspiciously like régime change, a subject that is best forgotten, and does anyone really think his successor will be a softer touch than Vladimir Putin? The reference to using chemical weapons on UK soil is an obvious allusion to some well-known poisonings, one of which was almost certainly carried out by a branch of Russian intelligence, though just as certainly these would have been rogue operations. While such murders are appalling and should be condemned, it should be borne in mind that it was the CIA rather than the KGB that published an official assassination manual.

Overall, this report says little or nothing about actual Russia cyber-interference in the UK. The reality is that all manner of people are up to no good in cyberspace, hacking into government and commercial databases to steal information, or more often money. Some of these are undoubtedly Russian, and let us not forget that Western intelligence agencies are engaged in the same sort of disinformation as our enemies, real and imagined.

“When Russia in the guise of the Soviet Union was a real threat to our interests…” Not really. The USSR had very few interests that conflicted with those of the UK. And most of the military build-up that was portrayed as preparation for an attack on the West was purely defensive. Never having been attacked without pretext or warning by the world’s greatest military power – with the openly declared intention of exterminating its citizens – or having had to lose one in seven of its people repelling such an attack by the narrowest of margins, British people may not… Read more »

“…well-known poisonings, one of which was almost certainly carried out by a branch of Russian intelligence…” 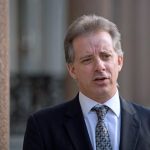 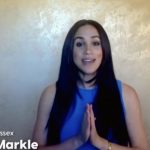