Researchers about the December 7, 1941 attack on Pearl Harbor know that President Franklin Roosevelt provoked a Japanese attack to justify America’s entry into World War II. Most Americans were against joining the war, but the attack on Pearl Harbor provided the excuse needed to declare war. The best book on this topic is “Day of Deceit” by former World War II Navy officer Robert Stinnett. The topics he covers are controversial because most people refuse to accept that Roosevelt and top military leaders in Washington DC failed to inform the commanders in Hawaii that a Japanese fleet was coming to attack, and restricted operations to ensure its success.

Related Tale; “The Attack on Pearl Harbor Was No Surprise”; https://www.youtube.com/watch?v=1niZil4lNjU

“Fleet problem”; 27 US Navy exercises between 1923 and 1940; Wikipedia; https://en.wikipedia.org/wiki/Fleet_problem

“Disposition of the U.S. Pacific Fleet on 7 December 1941”; US Congress via US Navy; (note that dozens of ships were at sea yet none north of Hawaii); http://www.ibiblio.org/pha/pha/misc/non-ph.html

In his adress to Congress after the attack on Pearl Harbout Roosevelt used the word “unprovoked”. This was a give away. Roosevelt wanted war because his backers, the same Elite banksters that created todays Covid scam, wanted to destroy the European colonial powers and put America on no1. One hegemon was easier to control compared to a multipolar world and still valid today.

President Roosevelt sought war with Nazi Germany, not Japan, as he correctly perceived Germany to be the greater threat. It was only out of stupidity that Hitler declared war on the United States following Peal Harbor, in effect doing what the US Congress would not have done. Regarding Pearl, Roosevelt wisely kept the US carrier fleet out of Pearl, thus enabling it to deal a decisive blow to Japan at Midway.

Usually a successful Game Plan does not come as a surprise. An honest response of the Roosevelt Administration would have been to break out the champagne and drink a toast.

Of course the attack on Pearl was no surprise. The US had been engaged in operational relationships with the Japanese Government since the Theodore Roosevelt administration. Early on the US saw Japan as a useful geopolitical actor in the Pacific and importantly as a counterbalance to the European balance of power to lessen European fear of Russia’s potential massive land army. Theodore referred to to Japanese as Honorary Aryans. US administrations encouraged Japanese militarism and territorial expansion up until the moment the pig was ready for the abattoir.

At least one person recalls it differently: https://anti-empire.com/hiroshima-bombing-was-the-culmination-of-the-anglo-american-race-war-on-japan/ Japan had been seen as a problem by the Western elites ever since its victory over Russia in 1905 catapulted it on to the world stage. Japan had emerged as a major capitalist power, but was never quite one of the club; it was not, in short, a white man. The notion of racial supremacy and the ‘White Man’s burden’ lay at the heart of the ideology and self-image of the Western imperialists. An Asian nation could not be allowed to sit freely at the top table of world affairs. The racial… Read more » 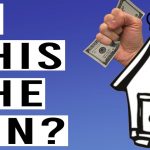 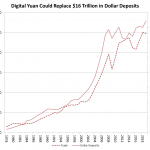