Banks already compete against a large and powerful shadow banking system. And they are facing extensive competition from Silicon Valley, both in the form of fintechs and Big Tech companies (Amazon, Apple, Facebook, Google and now Walmart), that is here to stay. As the importance of cloud, AI and digital platforms grows, this competition will become even more formidable. As a result, banks are playing an increasingly smaller role in the financial system.

Dimon was talking about a revolution in trade and finance. The combination of Big Tech transformation of global supply chains and fintech transformation of the global payments system will bypass the banking system. China’s digital yuan is one of the catalysts that will make this happen. That’s the financial dimension of the Fourth Industrial Revolution, which I described in my book You Will Be Assimilated: China’s Plan to Sino-Form the World.

Since I warned February 6 that China’s “digital yuan could bust the United States,” a great deal of nonsense on the topic has filled the media, offset by some good sense from the economists at the US investment house Morgan Stanley.

An April 11 Bloomberg report declared, “The Biden administration is stepping up scrutiny of China’s plans for a digital yuan, with some officials concerned the move could kick off a long-term bid to topple the dollar as the world’s dominant reserve currency.”

Either the Biden Administration or Bloomberg (or both) is confused. China has no intention of replacing the US dollar with its RMB within the framework of the existing world banking system, as People’s Bank of China Deputy Governor Li Bo said April 19. In fact, China has no incentive to this, and could not do so even it wanted to.

The $16 trillion of offshore dollar deposits at international banks won’t turn into the equivalent amount of Chinese yuan. Instead, that $16 trillion will shrink to a small fraction of its present volume, because the Big Tech/fintech revolution will make them redundant. Instead, as Morgan Stanley analysts explained this week, “banks will lose their deposit base” as digital currencies replace their most basic functions.

What Western analysts fail to grasp is that China is not trying to take the place of the United States. Rather, China is creating a new system of world trade and finance that will – as a byproduct – replace the methods of trade financing that have remained in place since the Venetian Republic introduced them in the 13th century.

The yuan won’t replace the dollar as the world’s reserve currency. Instead, the role of reserve currencies that began with the pound sterling under the Pax Britannica will atrophy over time, and with it tens of trillions of dollars in zero-interest loans that the world now extends to the United States.

Fintech is not the most important driver of this transformation. The epicenter of change is what Huawei calls “smart logistics,” the application of big data/artificial intelligence to supply chain management, as I explained on February 6. Huawei’s system – one among several competing offerings in the field –

seamlessly connects node operations and physical transportation, provides early warnings for active risks, and delivers the full-range of visible management, including the one-stream-of-materials concept. Through mobile apps, AIS, IoT, and other advanced logistics technologies, the system perceives the locations of vehicles, the operating status of warehouses, and other information in real time.

Big data can track a thimbleful of iron ore from a Brazilian mine to a blast furnace in Harbin to a roll of steel wire at a Tangshan steel mill, to a nail factory in Xingtai, to a warehouse in Shanghai, to a container ship en route to Long Beach, California, to a truck headed for a hardware distributor in Denver.

There’s nothing conspiratorial or nefarious about the great transformation of trade and finance. The above description is quoted from Huawei’s website, and several other firms offer the same services. China is the leader in the field because it is the first country to build out a national 5G mobile broadband network, which makes possible real-time collection and processing of information about the world’s supply chains.

Every business in the whole variegated, complex supply chain will make a digital transfer from its central bank digital currency (CBDC) account. The People’s Bank of China is collaborating with the world’s main agency for international payments, the Society for Worldwide Interbank Financial Telecommunication, to expedite financial transfers in digital yuan.

Exporters and importers keep bank balances in dollars and euro (mostly), because those are the currencies in which banks lend. The majority of offshore bank deposits are in US dollars – $16 trillion worth – even though the US accounts for just 8% of world exports. China accounts for 12% and its share is growing.

With the advent of smart logistics, just-in-time inventory management and just-in-time payments for goods in world trade, exporters won’t have to write contracts in foreign currency for payments due months ahead, and buy expensive hedges against currency market fluctuations. They will just receive payment in their own CBDC.

China’s dominance in digital currency will follow naturally from its position as the world’s top exporter. And because the digital yuan will be the largest currency in international trade, and China will have a market leader advantage in introducing CBDC’s, other exporters will use the digital yuan as a matter of convenience.

This would be of minor consequence to America’s world position, except for the fact that the United States now must borrow 15% to 20% of its GDP each year to finance its internal budget deficit, and also must attract about $1 trillion of capital inflows to finance its growing current account deficit with the rest of the world.

The Morgan Stanley team argues that the digital yuan won’t threaten the reserve status of the dollar, which technically is correct but misses the point: The digital system will hollow out the deposit base of the banking system, most emphatically for international trade financing (…more)

It’s a very large planet, relative to getting around on foot, and even larger if the foot traveler has to be “just-in-time,” all-the-time.” Won’t ever happen. If it fails, it fails in the first two months, or maybe sooner. POTUS 45 is correct- the biggest depression is coming.

Maybe for the US

What is life worth?

Will death be quick or slow?

For money we will murder, cheat and steal. 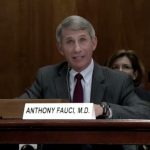 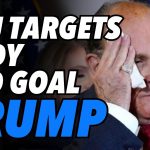