The end of the Cold war brought peace to Europe and armies began to demobilize. The American empire exploited this trust and ignored promises made to the Russians to expand NATO and absorb former Warsaw Pact nations and even former Soviet Republics. Efforts then focused on conquering the large former Soviet Republic of Ukraine. The Russians had found Ukraine unproductive, corrupt, and troublesome so granted it independence in 1991. The American empire plotted to absorb Ukraine into NATO and sent military units to Ukraine to bolster the Ukrainian army with plans for building American military bases. An American instigated coup in Ukraine led to bloody fighting and major economic disruptions.

Let’s extrapolate then to Belarus and US high officials hightailing it to Lithuania to meet with the ‘opposition’. To what end? Time will tell. A simple & likely well-meaning woman promised western manna from heaven? Is she capable of smelling the mold? We shall see. Then there’s Navalny and the curious timing involved. Again, coincidence or something else? Just watch mainstream news in the US to see the cui bonos involved. My greatest suspicion at the moment is if the doctors in Germany will issue an honest diagnosis. After all, no one thought the OPCW could have been so thoroughly… Read more »

The Brits are slipping in their old age. If only they’d have managed to get their hands on Navalny first, he’d already have been diagnosed with acute radioactive isotopic novichokolat poisoning and induced into a permanent coma. 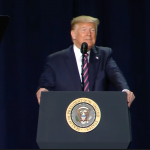 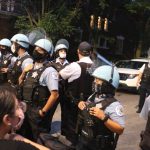