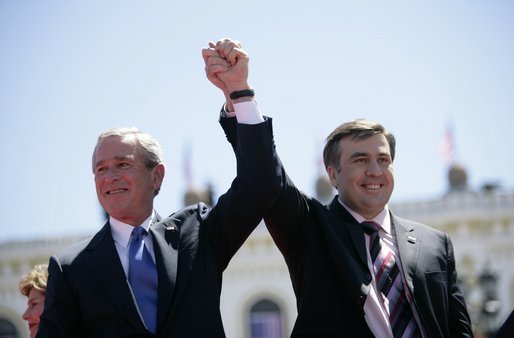 The Republic of Georgia is a small undeveloped Asian nation that was once part of the Soviet Union. It plays no role in the American economy or security yet was conquered by the American empire in 2003 when the CIA covertly organized a coup to establish a puppet government.

Billions of dollars in American military aid, hundreds of military trainers, and thousands of American troops arrived. Russia protested this invasion, but objections were used to proclaim a return of the Cold war and the need for large increases in military spending.

Note the link to a short documentary:

The Georgian tie-chewer, afraid of Russian tanks,lol! Nowadays he is as fat as Pompy, and he travels from one country to the other – nobody wants him. 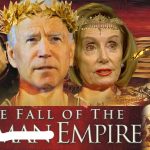 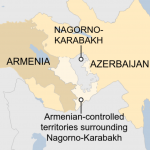