The return of political Islam in Turkey affects its domestic and foreign policy with ramifications for the cultural self-identity of its Muslim citizens, economic activity and geo-political worldview. Last November President Erdogan announced that 2021 would be the year of domestic economic and judicial reforms.

Recep Tayyip Erdogan and the traditional Islamic section of the Turkish political scene and society at large have made and continue to carry out a series of Islamic reforms in domestic and foreign policy. These reforms as a socio-economic process bear a resemblance to the Reforms of the 19th century, the well-known Tanzimat (Reforms, Hat-i Sherif-1839 and Hat-i Homayun 1856) which were carried out by the Ottomans under British and French colonial pressure to westernize the Ottoman Sultanate. The resemblance of the Tanzimat to the Erdogan Reforms is limited to the extent of change as a socio-economic phenomenon. In essence, these two reform processes are completely opposite in content. The Tanzimat of the 19th c. were the colonial imposition of the westernization of a chimerical modernization of the Ottoman Sultanate, which had fallen into economic recession under the pressure of the financial channels of London and Paris. The Tanzimat process led to the fall of the Sultanate in WW1 and the rise of the secular military Turkish Republic, with Kemal Ataturk completing the marginalization of political Islam in newly formed Turkey. The Reforms of R.T. Erdogan is moving in the exact opposite direction of returning political Islam from the margins to the center of the political life of economically modernized Turkey, especially after the AKP’s economic miracle in the 2000s. In this sense, they could be described historically as Anti-Reforms (Anti-Tanzimat).

In this context of the Anti-Tanzimat process that Turkey is experiencing today, reforms have been observed in the constitutional charter with the state change of the increased political functions of the President, in justice, the dress code and the role of women, the treatment of minorities, etc. With regard to the state milestone in 2023, the Turkish President’s announcement that 2021 will be a year of economic and justice reforms has heightened debates inside and outside Turkey over whether these reforms will be more Islamic, as they have been to date. In case the reforms are indeed Islamic, it is interesting to see how Turkey will synchronize a more Islamic economy and justice with the systems of both other Islamic countries and the West. At the same time, the selection of 2021 as the year of reforms by President Erdogan sharpens the imagination of Turks and non-Turks about the significance of 2023 as a milestone for the state future of Turkey. In any case, the scope and type of Erdogan’s Reforms or Anti-Tanzimat will clarify the significance of the 2023 milestone for the future of Turkey’s political and state course focusing on political Islam. 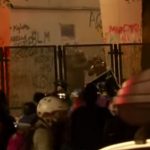 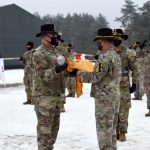