Overnight Israel’s military was put on high alert after alarms went off near Israel’s Dimona nuclear reactor site in the southern part of the country. Reuters is reporting that “A Syrian surface-to-air missile exploded in southern Israel on Thursday, the Israeli military said, in an incident that triggered warning sirens in an area near the secretive Dimona nuclear reactor.”

One thing is absolute certain in this Solar System, the deeply racist genocidal notorious War-Criminal/State-Terrorist ZioNAZI apartheids Regime of IsraHELL Lies ‘Always’ about any- and everything 24/7, at least for the last 70+ years.

Don’t you mean since at least 70AD? And we’re being generous….

I see two questions here: 1. Was it the Syrian government? I, of course, don’t know the answer as I wasn’t there. But based on a long history of the modus operandi of both Israel and its long-time target Syria, I find it more likely than not that it was not the beleaguered Syrian government, but rather one of the foreign infiltrators In Syria there to instigate war and provide Israel with a pretext for fierce retaliation. Question #2: IF it was the Syrian government, was it intentional or by chance? Again, I have no way of knowing. The question the Syrian government has… Read more »

Actually, the reports said it was a missile aimed at intruding Israeli aircraft, apparently it missed and then came down near their nuclear facility by accident. However, even so, their much vaunted Iron Dome failed to detect it . L.O.L.

Syrian government should go for a direct hit on Dimona considering the number of times the zionist state has violated the Syrian country with attacks and in assisting the isis terrorists in that country. Also considering the number of sabotage attacks carried out by zionist state against Iranian nuclear facilities it would be completely fair for Iran to have any such involvement to rattle the zionist bandits. Two can play that game.

The missile was spent, and accidently came down where it did. However, this event does prove, that Syria can, if it chooses, hit such targets in Israel quiet easily. I’d say there’d be quiet a bit of blame laying and hand wringing in certain sections of the IDF.

But, but what happened to their much vaunted Iron Dome ???? Given too that this missile was a spent one, not a targeted one ? L.O.L.

Their Iron Dome is as useless as their Patriot missiles. They certainly would not be able to give them any protection under a barrage of multiple attacks.

This does highlight that in the event of any war involving countries possessing nuclear facilities. Does have the potential of turning these facilities into “dirty nuclear bombs”.

Dimona is one of the primary reasons President John F. Kennedy was assassinated. And Mr. Mercouris stated “Dimona is a red line” for the IsisRaElis. Really? Just like Stuxnet was a ‘redline’ for the Iranians at Natanz and dare I say, Fukushima was a ‘red line’ for the Japanese? Will JerUSAlem actually end up being the capital of the Belt and Road Project? Blowback may end up being a biotch. 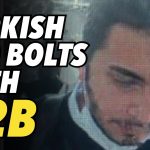 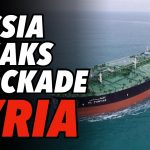