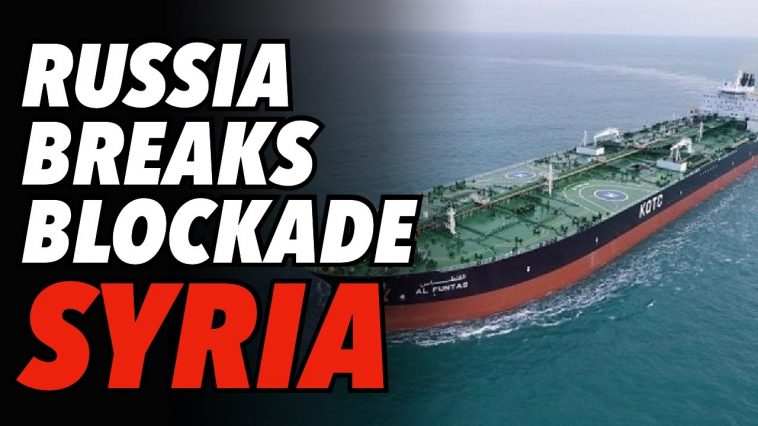 Russia said late Monday that it had killed “up to 200 terrorists” in Syria during airstrikes on a base northeast of Palmyra, where fighters were allegedly planning attacks ahead of presidential polls next month. “After confirming data through multiple channels on the location of terrorist facilities, Russian Aerospace Forces aircraft carried out airstrikes,” the Defense Ministry said in a statement.

At this point, Russia is the only country I have respect for. Syria should not be blockcaded. They are a soverign couontry.

When I saw the report about a week ago, I did wonder how many NATO ‘experts’ were incinerated as well?

That being the case, it mimics the Russian attack on a similar jihadi bunker in the hills near Aleppo during the campaign to regain Aleppo from the Western and Turkish Backed terrorists, and where NATO advisers ( commanders ) also died.

For all jihadis and ‘friends’ that died in both attacks, good riddance to rubbish. I expect to hear of NATO deaths in ‘training exercises during the coming months 🙂

What is the US going to do now? Speak with its multi-forked tongue and claim it knew nothing about the terrorist base inside US-occupied Syria, just as it claimed in 2015 that it had not detected the convoys of hundreds of trucks full of stolen Syrian oil transported across Syrian land by “smugglers” to ships belonging to Erdogan’s son-in-law? Russia destroyed the convoys but the US later claimed that it had done so. How can anyone believe anything the US says?

In the Port of Ceyhan in the Mediterranean in full view of cowardly EU/NATO. At the same time Japanese ships were off-loading vehicles for ISIS (vehicles for oil no doubt).

Mercouris, whatever his other virtues, has limited understanding of military matters. There is a US/EU embargo on Syria, there is no blockade. To blockade a country, you have to block goods entering and leaving it, whether by land or sea. If there were a US-led naval blockade on Syria, for example, then a Russian attempt to break it would be extremely dangerous. The likelihood would be military conflict, with all the consequences that would bring. The weakness of America lies not in the Russians breaking the US embargo. It lies in the fact that there wasn’t a US blockade in… Read more »

Actually, if you ask the question, “Are the US and EU blockading supplies to Syria?”, you will find that what they are doing is in fact called a blockade in many articles on the subject, such as: https://parstoday.com/en/news/west_asia-i139864-russia_iran_and_syria_working_to_secure_oil_wheat_shipments_to_the_west_asian_country. “Iran, Russia and Syria have established an operations room to secure a safe and stable flow of oil supplies, wheat and some other essential materials to the West Asian country via the Mediterranean, private sources have revealed to Sputnik Arabic. The report said there had recently been intensive meetings among the representatives of the three countries to find ways to break the… Read more »

Prensa Latina: “Syria’s Ambassador to Moscow Riad Haddad revealed on Monday that his country has begun to receive wheat and oil derivatives from Russia… Russia offered a lot to Syria in all sectors and will continue to do so to overcome the consequences of the economic war that seeks to suffocate Syrians… The United States and its allies in the West and the region tightened the blockade imposed on Syria, which hinders that basic products necessary for the subsistence of the Syrian people who have faced systematic war and terrorism for almost ten years to reach the country.” In Cuba,… Read more »

If you don’t understand the basic difference between embargo and blockade, then your understanding is defective.

Tell that to the folks suffering as a direct result, I’m sure they would be willing to involve themselves in your pathetic debate. My dicks bigger than yours anyway. L.O.L.

What makes you think I don’t understand the difference between embargo and blockade? I merely gave you some examples of how “blockade” is being used to describe what the US is doing to Syria. “Embargo” means “an official ban on trade or other commercial activity with a particular country” – in other words, blocking movement to prevent something from happening or succeeding. Block, blocking, blockage, blockade. Sieging. A siege is “cutting off essential supplies, with the aim of compelling the surrender of those inside”, which is the same thing as a blockade only on a smaller scale. Sieging is a… Read more »

Real online home based work to make more than $14k. Last month i have made $15738 from this home job. Very simple and easy togtt do and earnings from this are just

For more detail visit the given link……….. https://Www.NetJob1.com

Such good news! I’m so happy for Syria!!

The uni-polar moment has already passed. Bravo to Russia, China and Iran for supporting the Syrian state which has been enduring great hardship at the hands of the criminal states of US, EU, Turkey and their bandit companion Israel.
Russia should have taken this action much earlier to limit the damage being done.

The Russian Navy protecting the Iranian ships beyond the Suez Channel but what’s about the way from Iran to the Channel? The evil-minded notorious ZioNAZI War-Criminals/State-Terrorists already attacking unprovoked their vessels on several occasions.

Iranians need to form CONVOYS and have their Navy guard them in transit.

Then why is there an Iranian tanker on fire?

Because the US/Israeli miscreants have a box of matches.

Doesn’t it just go to expose the utter stench of our ‘evil western regimes’ who actively seek to create a humanitarian disaster in Syria.

However these actions by Russia to protect shipping to Syria is so admirable. Russia is now the emerging new leader of the free world.

Yes, our ‘evil western regimes’ malign Russia as the aggressor when really it is the protector.

Like the US claimed + pretended to bomb ISIS Targets in Syria [their very own Proxies and Agents of Chaos+Destruction] but ‘accidently’ on purpose always hit the SAA.

Helga I. Fellay
Reply to  Phugg You

Russia replies phugg you! So do I, and so do a rapidly increasing number of others. 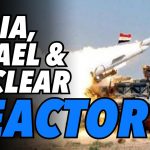 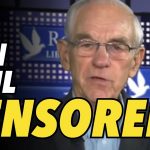 wpDiscuz
29
0
Would love your thoughts, please comment.x
()
x
| Reply
Send this to a friend