As the reports continue to flow in about the war between Russia and Ukraine, some of us started to notice another situation brewing.

The US-led / inspired / bandwagon / backlash against Russia began with a great many American and European companies trying to hurt Russia by boycotting it, removing their businesses from it, by hitting the SWIFT “off” button for Russia and, to be sure, they really pounded on the ruble, driving it from an already abysmal 75 rubles to the dollar to as much as 140 rubles to the dollar. Now it seems to be fighting back, at the present time of this writing, the ruble is 133 to the dollar, but during the day it was as high as 117.

But something else happened that was really big. Brandon sent representatives to Venezuela to ask for them to pump more oil to offset the oil the US is (no longer to be) buying from Russia. He asked Saudi Arabia for the same thing – increase oil production.

They said “no.” I wonder how creatively they said it. The United Arab Emirates also refused to even take Biden’s phone calls!

In fact, Saudi Arabia announced a deal to build a new refinery and petrochemical complex in and for… China. This while almost simultaneously the Kingdom denied Brandon’s request.

Iran is not promising to increase any production unless the 2015 JCPoA deal gets the US back in (and more). The Biden Adminstration appears to be pursuing this, to the great delight of the Iranians, but to the chagrin of regular Americans who are sick and tired of seeing and hearing about that nation and its “death to America!” chants.

Venezuela is also the target of some really embarassing wooing from the Bumble, but preliminary opinion suggests that this will never fly. Venezuela is a Russian ally and is not likely to switch allegiances because the US leadership cannot manage itself. Quite the opposite.

These countries smell American weakness and they are not being polite about throwing it right back in the US’ face.

Dr Steve Turley gets into this in this new video. Get out the popcorn; this is going to be very enjoyable to observe.

Every time I get a British BBC watcher saying to me that I support Putin and Russian propaganda. I say that I have never gone to any Russian people for advice. I go to this guy Dr Steve and loads of other western people who actually think for themselves. 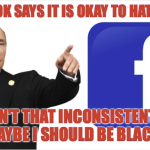