Not to trivialize the current crisis, but the wizard behind the curtain has certainly thrown the dice with abandon this time.  The grand wizard is apparently quite desperate now, so let’s examine why.

First, it’s clear the contagion did not off as many of the Great Unwashed https://www.merriam-webster.com/dictionary/the%20(great)%20unwashed as Empire expected, where by definition Empire must continue to expand, while the core bleeds.

Second, much time, energy and effort could be expended assigning blame for the present crisis, but such fruitless exercise is increasingly irrelevant and pointless, so will not be analyzed here. Just note that there are a number of interesting complicating factors here, including a neophyte regime in power in Berlin; an exceedingly corrupt US regime*; and the Bormann Brotherhood in full regalia dominating the EU and Eastern Europe. But there is no time to analyze such high strangeness now, let’s hit the major points.

Point two coincides with Jerome Powell’s alarming statement and giveaway regarding the $ wizard crew that a multipolar reserve currency world is looming, something that must spook the detritus who rule to no end.  Note that the euro is up there in alchemical ranking… just below King dollar. https://www.statista.com/statistics/1189498/share-of-global-payments-by-currency/

Now that massive SWIFT money laundering avenue is gone for Mikhail Fridman and Ihor Kolomoisky (example) the collective Empire must assume they (and a host of other Oligarchs of fiat decree) are already so compromised that they’re easily expendable.  That’s of Twilight Zone caliber, when those wheels are – or were – so important to well-placed central banks.

The SWIFT messaging system has essentially been compromised too, at best.  The demise of SWIFT — we can’t quite pronounce it dead but SWIFT is at least seriously ill – may have been foretold by Wall Street’s crypto buzz. And, a serious Fed/OCC push for a  CBDC digital “Fedcoin” https://www.forbes.com/sites/jasonbrett/2022/02/07/fed-designs-digital-dollar-that-handles-17-million-transactions-per-second/  to replace the Eurodollar, so Western Pact ‘states’ can standardize on a new international digital standard to replace SWIFT, and for that matter end the cash dollar.

As such, the new western totalitarian pact will closely resemble the Hallstein-Solter plan from 1941. The realization is here:

Quite obviously undemocratic, the Globalist Totalitarian Pact of the collective West is characterized by corporate feudalism where people are not citizens or even subjects but employees, and the cartel makes decisions for its employees. That’s why the contagion and war can be prioritized by the Pact to exert control over employee proles. For convenience, it’s called the Globalist Fourth Reich which shares nothing with the third, except the desire for world domination via totalitarianism, and monetary control.

An example of collective western totalitarianism, when the contagion was a real serious illness in its initial rendering of most interesting note is how the Central Powers responded to it.  Unnecessary lockdowns and emergency-contingency laws to determine how far the populace could be pushed, a test. Then the Canadian trucker strike endangered the central powers mandate.  And when US truckers caught on…. well, that was that.  Result?  Again, our rulers are totalitarian and that’s the only game they know:

Gold is an excellent example of western collectives’ alchemical powers, and comes at great cost. For the US government, in collusion with the LBMA – BIS – CME and Fed/ESF to manipulate gold, the cost to these vile money-changers of the Temple is billions upon billions, but proves their alchemical creation ie imaginary fiat $ based only on trust, as the provable success of alchemy in the Fourth Reich.

If high inflation takes hold some Globalist central planners believe it must be contained. Creation of Chaos leads to a deflationary order (in time).  But Washington’s corrupt totalitarians just passed a massive inflationary bill. In the end the State is so captured by Fourth Reich Oligarchs who differ from Rabinovitch, Kolomoisky, Pinchuk, and Fridman only by having their hand directly on the lever of monetary (dollar/euro) creation.

In immediate practical terms, the Rulers have cut supplies of oil and gas by their own actions, where there is no practical means to replace it.  For Washington to risk the wrath of environmentalists takes an increase in US oil and gas output off the table. Ultimate irony, the scions of US State have been scrambling for oil and gas, even approaching Iran and Venezuela for oil. Likewise, the US has approached the UAE and Saudi to increase production. Just as recklessly, the same Totalitarians have mandated wind, solar, lithium and electric vehicles to replace fossil fuel structure.  But no electric truck can compete with the range and capacity of diesel power as it is today. That electric transport capability is far off, possibly not in our lifetimes, and still comes with a huge environmental cost.  Yet the Totalitarians push that we must convert now.

The very same reckless totalitarians have abandoned the Ukraine and Germany to an uncertain fate where all people will suffer for this Globalist Fourth Reich agenda… and needlessly.  Stephen Colbert, Klaus Schwab, and Jen Psaki will cry about the Ukraine and how evil Russia attacked with no provocation, because lies are what these people are made of. The Totalitarian globalists of the Fourth Reich as Illuminati have sacrificed not only pawns on the board but perhaps even their queen…  that is, if in this post-genderist world we can still refer to “kings” and “queens” as such.  That’s just how perverse western rulers have become.  Such begs the question as to why US State views a nation as important as Germany as a pawn in this game.  The Ukraine is of course an obvious pawn. But Germany?  Nuland is of course no rogue.  Nuland and her Evil Master saw the Neophyte regime in Germany as being a low hanging fruit; and if Washington can’t bite at the most wormy apple, it will invent one.

This new geo-equation is not such a Great Reset as it is a Triple Cross because the Totalitarian Illuminati monsters of the collective west have not only crossed their benefactors — example Russia, China – but crossed the west’s own people too.  The deceptions of the collective west – and their forever wars — have only inspired mistrust, distrust, disgust, and disdain among the people.

Now US State has given us a war that may spiral out of control. Incredibly dangerous, just as is their hubris in re-drawing Orwell’s map.  It is clear now that the US Democrat cesspool has been braying for war with Russia for more than sixty years, so they can ejaculate in the blood of the fallen and that’s just how sick and perverse Pelosi and company are.

The US political system is totalitarian and those who see it must strategize on how to confront the monsters who wield power as a weapon: a weapon against what should be its citizens. Instead, Americans have simply become employees, vassals, of the incorporated State.  And the monsters inside the beltway are so far removed from anything Constitutional, they are not even a government, but a highly criminalized entity.

Since gold and silver are so gamed and manipulated it’s hard to recommend PM’s with any hope to oppose Moloch, except for the real physical holdings.  Even so it would take a major player like Russia or China to play the US-dominated gold market and destroy it.  Exploding the CME/LBMA/Fed/BIS gold market could eventually destroy the western kleptocracy; a system of war, greed, devastation, and oppression that the collective west now stands for by the reserve dollar.   (Part 1)

*When extreme incompetence is defined as a form of corruption

The top four gold producers in tonnes in 2021 were:

How many tonnes do each of them actually possess ?

The game is afoot. 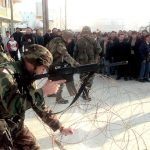 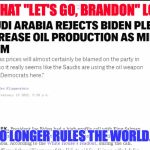