Thousands took to the streets in two of Greece’s largest cities to protest new health mandates, which bar the unvaccinated from many public spaces and require medical staff to take the shot, as well as plans to immunize teenagers.

Nightclubs and cinemas in the UK are resisting government requirements that they introduce COVID vaccine passports to enter their venues. July 19th is supposed to be “freedom day,” when all coronavirus restrictions in the UK are lifted, but the government is asking numerous larger venues to implement a policy that will block the unvaccinated and those who can’t prove a negative COVID test from entry.

Article 5 of the European Convention on Human Rights

Article 5 of the European Convention on Human Rights – Wikipedia

It sure feels good to live in a failed state these days.

Mitsotakis basically says “let them eat cake”. Why European political leaders do the Elites bidding? Are they bought having Swiss bankaccounts? The US Deep State regards EU leaders a very cheap buy.

They are vassal states of USrael and totally under its thumb, enforceable via the banking system (not Swiss bank accounts – which they may or may not have).

Last edited 13 days ago by Helga I. Fellay
4
Reply

I think that no Nation will be able to stand alone, the writing is on the wall Globally.
It has been universally accepted that there will be a NWO.
this is the early stages of the reset.

You asked which International lawyers are speaking up for peoples rights and challenging the SarsCov2 scam-demic. There is no paucity of people and organizations out there which have answered the call. They are many active in Europe and in North America – actually you do not have to search very far – the one that comes first to mind is the ‘German Investigative Corona Committee Germany’ led by Dr. Reiner Fuellmich. A lot of the website is in English, including the many interviews, but you have to play around with it because they are presently having some website issues.. These… Read more »

Having witnessed the total abrogation of responsibility by the US Supreme Court for protecting the US constitution on various issues, including the issue of widespread voter fraud I have no confidence that the judiciary of any country can be relied upon to resist this rolling wave of international totalitarianism. Even if one or two were to hold the line, there is little to no transferability for other countries to follow suit, particularly in the Simon Says landmass of Europe. Look at the UK and its judiciary’s behaviour over Assange; look at the judiciary of the USA, which now seems to… Read more »

One consideration is that the Russian, Cuban and Chinese vaccines are actual vaccines, and not mRNA or DNA genetic modification.

Mass protests all over France, from Paris to Marseille:

In France, the anti-sanitary-pass front is organizing itself:

Tensions and violence in Paris during anti-sanitary-pass protests. It looks like this could be the beginning of a civil war in France:

Rassemblement National (RN), the party of Marine Le Pen, is calling for protests against the sanitary pass obligation in France:

The EU was built to crack national Souvereignities. Germanys Constitutional Court spoke clearly against the Prohibition of Demonstrations in 2020, but the government just didn’t care. A Judge in Weimar, that lifted the Maskmandate from two schools got housesearched twice so far….
And about the Vaccines, there ist a difference between Sputnik and Moderna/Biontech, Sputnik works and has no side effects, this is not the case with the western vaccinces. 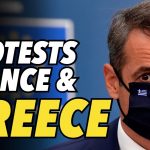 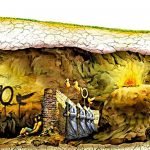