In this discussion with film maker Frank Huguenard, Canadian Patriot Review editor-in-chief Matthew Ehret talks about the structure of ideologies, their causes and effects and how the death of thinking occurs whenever we allow “isms” mentation. Throughout the discussion, topics ranging from Plato’s approach to hypothesis formation to the role of aesthetics in regards to political freedom, to Martin Luther King’s understanding of the immortality of the soul are discussed alongside the important matter of “what the hell happened to the baby boomer generation”? Why and how was this entire generation born in the wake of WWII trained to believe that it were best to detach the mind from past, future and even moral reason itself in order to attempt to live in the ephemeral “now”? 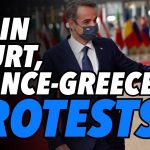 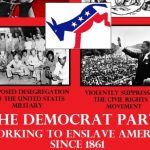