The Canons of Journalism, ethical rules of the profession, as adopted by the American Society of Newspaper Editors, April 28th, 1923

1) RESPONSIBILITY-The right of a newspaper to attract and hold readers is restricted by nothing
but considerations of public welfare. The use a newspaper makes of the share of public attention it
gains, serves to determine its sense of responsibility, which it shares with every member of its staff. A journalist who uses his power for any selfish or otherwise unworthy purpose is faithless to a high trust.

2) FREEDOM OF THE PRESS-Freedom of the press is to be guarded as a vital right of mankind.
It is the unquestionable right by law, including the wisdom of any restrictive statute. To its privileges
under the freedom of American institutions are inseparably joined its responsibilities for an intelligent
fidelity to the Constitution of the United States.

3) INDEPENDENCE-Freedom from all obligations except that of fidelity to the public interest is
vital.
A. Promotion of any private interest contrary to
the general welfare, for whatever reason, is not
compatible with honest journalism. So-called news
communications from private sources should not be
published without public notice of their source or
else substantiation of the claims to value as news,
both in form and substance.
B. Partisanship in editorial comment which
knowingly departs from the truth does violence to
the best spirit of American journalism; in the news
columns it is subversive of a fundamental principle
of the profession.

4) SINCERITY, TRUTHFULNESS, ACCURACY- Good faith with the reader is the foundation
of all journalism worthy of the name.
A. By every consideration of good faith, a newspaper
is constrained to be truthful. It is not to be
excused for lack of thoroughness, or accuracy within
its control, or failure to obtain command of these
essential qualities.
B. Headlines should be fully warranted by the
contents of the articles which they surmount.

5) IMPARTIALITY – Sound practice makes clear distinction between news reports and expressions
of opinion. News reports should be free from opinion or bias of any kind. This rule does not apply
to so-called special articles unmistakably devoted to advocacy or characterized by a signature authorizing
the writer’s own conclusions and interpretations.

6) FAIR PLAY-A newspaper should not publish unofficial charges affecting reputation or moral
character, without opportunity given to the accused to be heard; right practice demands the giving of
such opportunity in all cases of serious accusation outside judicial proceedings.
A. A newspaper should not invade rights of private
feelings without sure warrant of public rights
as distinguished from public curiosity.
B. It is the privilege, as it is the duty, of a newspaper
to make prompt and complete correction of
its own serious mistakes of fact or opinion, whatever
their origin.

7) DECENCY-A newspaper cannot escape conviction of insincerity if, while professing high moral
purpose, it supplies incentives to base conduct, such as are to be found in details of crime and vice, publication of which is not demonstrably for the public good. Lacking authority to enforce its canons, the
journalism here represented can but express the hope that deliberate pandering to vicious instincts
will encounter effective public disapproval or yield to the influence of a preponderant professional condemnation.

the mountebank
Author
Reply to  Ken

Well, I wouldn’t suggest that these guidelines were consistently adhered to, but the point I was attempting to make is that they no longer even make a pretense of following these guidelines. I stumbled across this in the course of reading a paper on propaganda, and thought the contrast with where we are at now was profound.
Even the appearance of having morals and ethics are no longer part of our societal zeitgeist, instead it is viewed as weakness, and a subject of open mockery.

Luka-The-K9
Reply to  the mountebank

The BBC are serial liars.

The rest of the EUR press pack are also serial liars

The rats in the Danube canal have more integrity than the scum we have in Austria. 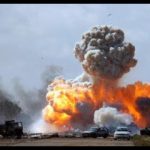 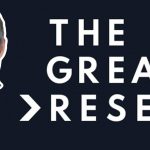