He added that the virus could be the “single biggest threat to the US and Chinese growth this year.”

A little more than one week ago, the mainstream press branded the notion that nCoV might have originated as a bioweapon developed in a secretive Wuhan lab as a deranged conspiracy theory, with zero conclusive evidence to support it (despite the mountain of coincidences have been reported by Zero Hedge and others).

Readers may remember how Buzzfeed was extremely triggered by our coverage.

And they also might be interested to hear that over the last two days, two mainstream financial media organizations and a prominent Republican Senator have all raised questions about the virus’s provenance, suggesting that the bioweapons theory isn’t so far-fetched after all.

Is it merely a coincidence that the Canadian scientist at the center of a bio-espionage probe was recently found dead in Africa, as we reported last week? Or that a doctor who helped draft a critical international bioweapons convention has said that the virus might be tied to “biological warfare?”

Apparently, Arkansas Sen. Tom Cotton believes Beijing needs to address these questions, particularly after China’s ambassador to the US Cui Tiankai accused him of “xenophobia” against Chinese people by even suggesting that the virus could have been engineered as a bioweapon.

“I think it’s true that a lot is still unknown and our scientists, Chinese scientists, American scientists, scientists of other countries, are doing their best to learn more about the virus, but it’s very harmful, it’s very dangerous, to stir up suspicion, rumors and spread them among the people,” he said.

“For one thing, this will create panic,” Cui said, adding that it could also foment xenophobia and racist discrimination.

“There are all kinds of speculation and rumors,” he added, noting that there were also conspiracy theories about the virus originating in the United States. “How can we believe all these crazy things?”

On another note, when asked about Chen Qiushi, a citizen journalist who disappeared after covering the outbreak in Wuhan, Cui responded “I have never heard of this guy, so I don’t have any information to share with you.”

But back to the virus, Cotton first tweeted questions about the virus, pointing out that China’s most advanced virus research laboratory, known as the Wuhan Institute of Virology, was situated in Wuhan, near the epicenter of the outbreak.

Replying to the ambassador’s interview, Cotton again accused Beijing of lying and trying to cover up the outbreak during its early days.

Later, he tweeted that the “burden of proof” is on “the communists” to explain where this virus came from. He has acknowledged the theory that it originated when a human consumed a wild animal like a snake or a bat, which were sold at a market in Wuhan identified as the epicenter of the outbreak.

During a Tuesday morning on CNBC, Cotton sounded as convincing as ever, warning that Beijing has repeatedly lied about the outbreak – particularly during the earliest and most critical stages – while China’s refusal to let American or any other international scientists or researchers to assist in the research on the ground in China is also curious, to say the least.

In response to the ambassador’s accusations of fearmongering that have been directed at him, Cotton argued that “what really spreads fear is China lying about the origins of this disease and about the number of people who have it and excluding American and other western scientists from studying it. As far as racism…the Chinese people are the people are most harmed by the Chinese government’s incompetence and duplicity.”

He added that the virus could be the “single biggest threat to the US and Chinese growth this year.”

Unsurprisingly, the Squawk Box clip published by CNBC edits out Cotton’s responses to questions about the bioweapons.

Fortunately, we happened to be watching, and decided to take some notes.

When Cotton was asked to explain why he believes the bioweapons theory is credible, he pointed out that “Wuhan has China’s only biosafety level 4 super laboratory that works with the worlds most deadly pathogens that include the coronavirus.”

Yesterday, Maria Bartiromo questioned Peter Navarro, a senior White House advisor and noted China hawk, about the bioweapons theory. While he certainly sounded a little uncomfortable responding to her question, he definitely didn’t rule out the possibility.

So over the last week, the bioweapons theory has gotten more credible, not less. Just like other ‘conspiracies’ like reports that China has been burning bodies.

Pot calling the kettle black?
This warfare biovirus was exported from the US to China, not vice versa from China to the USA.

Sen. Tom Cotton? Ah, yes the senator that organized the letter to the Iranian Gov’t years ago that seemed close to treason. The letter occasioned much mirth on the BBC and presumably in Tehran. For heaven sake, the Iranian Foreign Minister has a high school diploma, a B.A., and a Ph.D from US schools. Now the village idiot is happily encouraging xenophobia based on someone’s lurid imagination. BTW, Dr. Plummer [67] was most recently living in Toronto, where he underwent experimental brain surgery to fight alcohol addiction. https://www.cbc.ca/amp/1.5451624 Perhaps sudden death in an older male alcoholic who had just had… Read more »

Is it even possible to respond to such a ridiculous demand? The onus is on you lugnut!

The Mechanic
Reply to  ruca

…..and a more screwed up, threadbare lugnut I’ve yet to encounter.

Mechanic #2
Reply to  The Mechanic

I have a whole box of ’em off in the corner,…. corroded, frozen, cross-threaded, stripped and generally useless misfits thrown into a box labelled Congress.

The new Corona Virus affects people of East-Asian (genomic) heritage almost exclusively. It is creating total havoc among the Chinese with NO noticeable effect upon the Anglo/Zionist/African/Arab genomes at all. This coincides with mysterious, widespread, outbreaks of swine flu and bird flu which are devastating two of the main food sources in China. This also coincides with economic, geostrategic and diplomatic aggression aimed at disrupting China’s Belt and Road initiatives, Oil supplies from Iran, and the emerging Chinese dominance in the 5G rollout. The virus contains snippets of HIV DNA which are highly unlikely to have ‘evolved’ naturally, without some… Read more »

What a scumbag. This guy should explain why the US has bioweapons facilities spread across the planet. Maybe he should prove it wasn’t one of the many of these labs that produced it.

The OPCW will get on the case and issue its absolutely, undeniably and categorically unbiased independent determination of China’s absolute guilt in the matter.

The Chinese should absolutely do that…prove to the US Congress that the coronavirus isn’t a bioweapon, right after Congress proves to the Chinese that they haven’t been popping LSD for a decade.

This virus is not a bioweapon. It came from bats. “Fifteen years ago, scientists discovered a cave in southern China that held viruses almost identical to the one that has killed nearly 500 people today and the ones that caused the SARS and MERS outbreaks decades ago. The cave, whose exact location is being kept secret, is inhabited by wild bats that have been found to carry a ‘rich gene pool of SARS-related coronaviruses’ …. one of [them] is 96% similar to the novel coronavirus …. After the SARS epidemic, the team did not find many bats in the wildlife… Read more »

You’re right in what you’re saying, but the cotton mouth in the article has put the blame on a nation he’s be taught to hate and to accuse them of something more sinister. It was inevitable outbreaks like this would give rise to conspiracy on political posturing.

Perhaps he is trying to preempt the Chinese, before they make the same request from us.

The Chinese were the victims of an information war all last summer regarding Hong Kong and the Uighurs and they know it. So why would they let U.S.govt sponsored healthcare workers poke around their country when they have perfectly fine doctors of their own. It’s not like we are ever in a rush to let foreign medical workers into our country.

Information war, virus war, economic war, any kind of war, you name it, is waged against China to push that country down below the water line. The CIA is devil on earth. And we all know that, too.

Pretty much. I thought that all along.

Anyone remember the phony Bird flu epidemics? Oh I forgot, you weren’t born yet. Go back to your crayons.

Anyone remember the AIDS epidemics in South Africa? Another virus war, spread by western secret services, to help the apartheit regime to survive. Probably not many people will remember that either. Yet it is well documented. 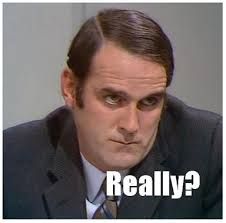 Cotton is a neocon idiot they pull the strings and his mouth opens and out runs propaganda and bull*hit.!!