Senate Whip Thune is up for reelection in 2022 and he is always making the wrong choices, but that is because he is McConnell’s poodle! Maybe he understands that McConnell has reasons for being anti-trump due to his Wife’s family connections, but why would Senator Thune risk his own political career?

Back in October Sen. Thune cautioned Lindsey Graham against bringing in Joe and Hunter “Bagman” Biden for questioning about their dealings in Ukraine.  It was more than a missed opportunity to investigate corruption and expose to the US public the corruption at the heart of the government, it was an opportunity to expose the double standards and main stream media deceit.  Mitch McConnell is not interested in fighting corruption, exposing the MSM or representing the wishes of the people, but is Thune is just as rancid as McConnell, and so ignorant of the voters’ wishes? Following McConnell’s orders will destroy Thune’s chances reelection, so why is he such a willing follower?  McConnell only gained reelection because Donald Trump endorsement, republican voters had already decided that McConnell was a self interested fraud, but due to Trump loyalty they came out to vote for McConnell.  This won’t happen again and Thune has sided against the republican voter and with McConnell!

McConnell and Thune’s recent actions to undermine President Trump, by refusing to expose the wide spread election fraud, is astonishing.  Sen. Thune is insisting that fellow senators do not contest the electoral vote.  This is an absolute betrayal of the voters who are demanding that the evidence is properly investigated, examined, debated and justice served. Standing against the people’s wishes to support McConnell is the death knoll for Thune’s political career.  McConnell’s career is already dead in the water, the China Sea to be exact, as voters have lost all trust in him. Thune’s only chance now is to do a U-turn to fight hard for Trump and turn his back on McConnell who can recede into his tortoise shell!

South Dakota Governor Kristi Noem has sided with her friend, Sen. Thune, against the wishes of the republican voter; just another example of short sighted understanding of the voter wishes and the denial of the huge support there is for President Trump with republican voters.  It seems the GOP’s hatred for Trump is blinding them to Trump’s popularity and the incredible loyalty of the voters across the country.   The US loves a winner, especially one that has managed to advance the prosperity of the blue and white collar workers against all the odds, and in the face of a storm of criticism.  This ability to deliver on his promises has exploded his popularity as a leader for the people.

These are the Republican Senators who are up for reelection in 2022.  They are all on notice to stand by President Trump by contesting the electoral vote or risk their political careers by letting their hatred of Trump rule their actions and pit them against the wishes of their voters.  It is amazing how removed the Senators are from understanding the people who elected them by not realizing that backing Trump will make them the most popular US Senators in the eyes of Republican voters and ensure their reelection. Donald Trump is not a blip, he is a movement!

so many typos and miss-spellings in this ‘article’ makes it very hard to read. 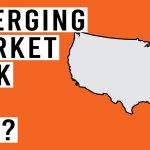 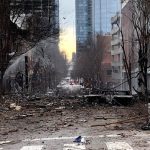