The “SDF” militants continued to besiege the center of “Al-Hasakah” city, and today, Sunday, they prevented transportation from entering the city center, hindering students’ access to their schools with the start of the second semester of the school year.

Local sources said that the “SDF” elements have intensified their presence in the vicinity of the city center, which is under the control of the Syrian state, and have completely surrounded it, preventing the entry of food and water to it for more than 10 days.

The sources added that the “SDF” continued today to impose a siege on the city center, and prevented transportation from entering it, thus preventing the students from reaching their official schools of the Syrian government, which offer the official recognized curricula, as the sources considered that these practices are part of The “SDF” policy in combating formal education and its attempts to impose its unrecognized Kurdish curricula.

The director of al-Hasakah education, “Ilham Surkhan,” said in press statements, that the continuation of the “SDF militia” preventing the entry of transportation to the city center impeded the entry of schoolchildren, especially since the majority of these students come from different neighborhoods to schools that teach government curricula, in light of Continued attempts by the “Qasd militia” to impose curricula that serve its separatist tendency, adding that the majority of neighborhood students depend on public and private transportation to reach their schools, and has always been limited to schoolchildren and students living in the city center.

Sourkhan confirmed that the Education Directorate has taken all necessary measures for the start of the second semester in schools in terms of conducting maintenance and repair operations for schools in cooperation with international organizations, in addition to conducting a cleaning and sterilization campaign in it and emphasizing that the administrative and teaching cadres adhere to the application of special measures to prevent the Corona epidemic and reduce Spread it.

It is noteworthy that the people of Hasaka, especially those living in the city center, suffer from the siege of the SDF on one hand, and the Turkish forces cut off water from them on the other hand, as they pay the price for the violations of the SDF and the Turks at the same time. 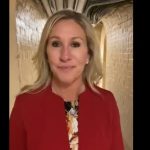 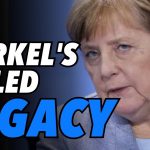