As the cold weather approaches, tensions in Europe are exacerbated over the rise in gas prices.

The dynamics of growth in prices for blue fuel is forcing many European companies to either reduce production volumes or increase the cost of goods, there by shifting the growth of production costs onto consumers.

Gas prices on European markets have been steadily increasing in recent months. In early August, futures were trading at around $ 515 per thousand cubic meters. By the end of September, the price was over a thousand dollars per cubic meter. In early October, prices peaked at $ 1,937. Then there was a recession. Currently, the cost of a cubic meter of gas is around $1300.

And there is no certainty on this issue. The dynamics of pricing is not encouraging.

This is due to the low occupancy of gas storage facilities, which is the norm for this period of the year. Currently, the reserves of European storage facilities are estimated at 20.5 billion cubic meters. This figure is the lowest in recent years.

And there is no possibility to fill the storages to the required level. Russian “Gazprom” last week again refused to book additional capacities offered by Ukraine for pumping gas to Europe.

Kremlin officials commented on the situation in the same way as a month earlier. They say they are fulfilling their obligations in full. Deliveries are carried out at the upper limit of the agreed norms.

The head of Russia’s Gazprom, Alexey Miller, voiced the opinion that prices have not yet reached their maximum, and that this will happen in the near future. He said that Europe “will enter the winter with a deficit – the only question is with what volume of the deficit.”

In connection with this situation, the press secretary of the Russian President Dmitry Peskov expressed the opinion that the commissioning of Nord Stream 2 will help to reduce prices for blue fuel.

The head of the German Bundestag Committee on Economy and Energy Klaus Ernst defended the Russian company, saying that the problem is not in Gazprom, which manipulated prices in order to obtain permission to launch Nord Stream 2. In his opinion, in order to achieve balanced prices, it is simply necessary to fill the gas storage facilities.

Until the situation changes, the head of Gazprom has the opportunity to work as a weather men and predict the weather. After all, it depends only on gas supplies whether there will be hot or cold  in the homes of European consumers.

“The head of the German Bundestag Committee on Economy and Energy Klaus Ernst defended the Russian company, saying that the problem is not in Gazprom, which manipulated prices in order to obtain permission to launch Nord Stream 2.”

Huh? Is this a joint announcement between the European Commission and Parliament?

It’s the only way I could explain such a disjointed communique.

BTW: Is there a bona fide gas professional in the audience? It seems Europe is sorely in need of one. A transgender minority would do. Please apply in person to Brussels. Flak jackets and masks are obligatory.

Oops. Now they’re going to accuse Putin of weaponising the weather. They’ll blame Russia for a cold winter, and say that it was planned to help hasten the final approvals for NS2. 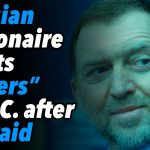 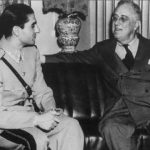