Russian artist Ivan Aivazovsky made ​​a breakthrough in art by depicting sea on a canvas in a truly atmospheric and realistic way.

Aivazovsky was fascinated with the sea from his early years, when he was at the Imperial Academy of Arts in Saint Petersburg. He was later appointed the main painter of the Russian Navy.

In total, Aivazovsky created around 6,000 paintings. The majority of his works are seascapes, battle scenes, Armenian themes, and portraits.

We have selected for you five famous paintings by the artist.

Have your favorite painting of Aivazovsky or another Russian painter?

Thanks so much for sharing!!!

You are most welcome 🙂
Stay tuned. Today’s artist is Vasnetsov:
http://russiafeed.com/russian-art-viktor-vasnetsov/ 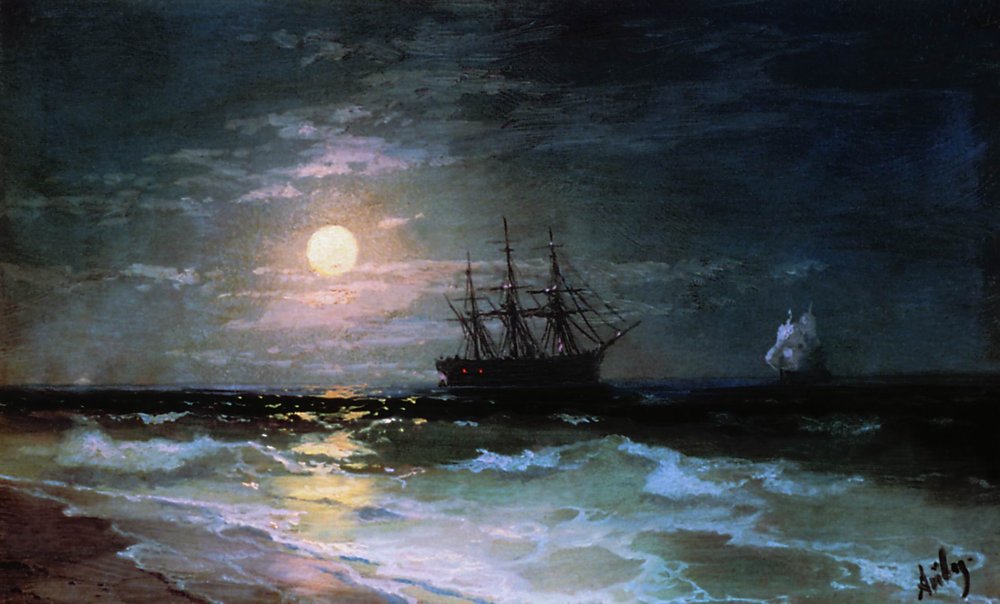