[UPDATE:] – Reports are arriving that Russia indeed has followed through on its warning… This report is not specifically corroborated at this time, but we will be following this story through the day. If it is true, may God have mercy on all those lost, and may this hasten the end of the war.

A quote referenced in the video below to Russian Ministry of Defense, Igor Konashenkov, says the following:

274 locations and regions where enemy soldiers are concentrated; 24 checkpoints; and 317 military sites; including two fuel depots of Ukrainian army were damaged by missiles,” Konashenkov added. One of Ukraine’s military cargo planes was shot down over Russia’s Odessa area while it was transporting armaments from Western nations equipped with air defense systems. Additional drones were shot down over Lozovaya and Merry by the Russian air force. Nazi Azov extremists, foreign mercenaries, and Ukrainian army have all been driven out of Mariupol’s urban districts. In order to rescue themselves, he stated, “the only option they have is to willingly lay down their guns.”

A further report from TASS details an ultimatum from the Russian side for the remaining Ukrainian forces to lay down their arms and surrender. It is given a lot of detail on the usually rather terse news network. Of note is the report of the situation the Ukrainian – even Azov Battalion fighters – are facing from “Democratic” Kiev. While this may be infused with propaganda, there is substantial reason to believe it is true, given President Zelensky’s actions against his own people of late.

The Russian Armed Forces offer the militants from the nationalist battalions and foreign mercenaries blocked in Mariupol to end hostilities and lay down arms from 06:00 Moscow time on Sunday, April 17, their lives will be spared, Mikhail Mizintsev, chief of Russia’s National Defense Management Center, said on Saturday.

“Given the catastrophic situation at the Azovstal iron and steel works, and out of purely humane principles, the Russian Armed Forces offer the militants from nationalist battalions and foreign mercenaries to end hostilities and lay down arms from 06:00 Moscow time on April 17, 2022. The lives of all those who lay down their arms will be spared,” the statement said.

The following algorithm is suggested – from 05:00, a constant communication is established between the Russian and Ukrainian sides to exchange information. A ceasefire is announced from 05:30 Moscow time. At 06:00, the sides raise flags – red flags from the Russian side and white flags along the whole perimeter of the plant by the Ukrainian side.

Besides, the fact of readiness for the ceasefire by the sides is confirmed through all channels of communication. From 06:00 to 13:00 – all without exception Ukrainian armed units and foreign mercenaries leave without any weapons or ammunition whatsoever.

The subject matter of radio communications of units of nationalists and mercenaries blocked at Azovstal testifies to their hopeless situation. They demand that the official Kiev give them permission to surrender, but in reply they are threatened with executions, Mikhail Mizintsev stressed.

“Within April 16, 2022, a sharp increase was recorded in the intensity of radio communications of militants from nationalist units and foreign mercenaries blocked in Mariupol at the Azovstal metallurgical plant,” he reported. “The content of radio interceptions (there were 367 of them alone in the past 24 hours) indicates that the militants offering resistance are in a hopeless situation, practically without food and water. They urge permission to lay down arms and surrender from the Kiev authorities. Meanwhile, representatives of the Kiev authorities categorically forbid them to do this and threaten with subsequent executions under the ‘wartime’ conditions,” the statement said.

The Indian network WION, which runs a YouTube channel, is one of the more balanced networks providing coverage of the conflict and proxy war centered in Ukraine. This piece describes what appears to be escalating rhetoric, where Russia sent a formal diplomatic note to the United States warning the US to stop shipping weapons to Ukraine, and that such shipments could find themselves targeted by the Russian forces operating in the area.

What does it say about Western media when (for example) Australians are obliged to look to Indian media for truthful reporting on the Ukraine situation, while Australian media such as the Channel 10 segment shown in the article above enthusiastically spews propaganda direct from the mouth of gay-boy actor and secret billionaire Zelensky?

I feel like we are living in the summer of 1914 ….but since then The moral depravity of “the West” has reached new heights …and the “hallucination of democracy” (Edward Bernays) in Europe can no longer be sustained …. https://www.globalresearch.ca/video-mep-shocks-parliament-doubts-ukraine-version-bucha-massacre-calls-investigation/5777792  The Italian president of the EU parlament slams EP member Donata for having „unacceptable positions“ on Ukraine … “Russian responsibility (for the “Bucha massacre”) is undeniable”.  “we cannot accept to cast doubt on that” “I doubt therefore I think, therefore I am” (the age of enlightenment is over, we are in intellectual darkness now where cognitive warfare replaces human communication in… Read more »

I think he should be reminded all the Russian tanks and Russian mig’s they kept flooding the N. Vietnamese with, and even multiple cases of American fighter pilots being close enough to see the pilots of some of them were clearly not of Asian decent 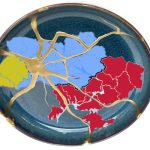