According to the reports of European statistical bodies and the mood of the European press, the sweet life in the European Union is gradually ending. Europeans are overtaken by an energy crisis, which is naturally associated with an increase in prices for energy resources, the main exporter of which to the European market is the Russian Federation. Prices for fuel, electricity, and food are rising. Inflation is skyrocketing, and the cost of living is getting higher. In Italy, for example, the average electricity bill is now three times more expensive. The general tariffs for housing and communal services are also increasing – Spain and Germany are also added to Italy. According to experts, the situation for Europe is not expected to improve – on the contrary, it is worth preparing for the worst-case scenario in the near future.

According to preliminary calculations, this year the cost of only supplying the main energy resources – oil, gas and coal – will cost the Europeans almost twice as much as in the past and will no longer amount to 500 billion dollars, but more than 900 billion.

Why is Russia especially important for Europe? The reason is that in addition to 45% of gas supplies to European countries, Russia also exports 25% of EU oil imports. According to the data of the European Commission, in 2020, the cost of importing crude oil from the Russian Federation to the EU member states amounted to 48.5 billion euros, as for oil products, they were imported for 22.4 billion euros. Naturally, it will be extremely difficult to replace such a volume either immediately or gradually. And most likely impossible.

The hopelessness of such a trend for the European community is clearly seen in the example of Germany: in 2021, the state purchased 81.4 million tons of oil, the Russian energy resource amounted to 27.7 million tons. Considering the fact that private oil refineries operate in Germany, focused on processing Russian grades of oil, it becomes obvious that alternative raw materials – for example, from Qatar, Saudi Arabia or Venezuela – cannot be processed with their help.

In the event of an embargo on the supply of Russian oil to such enterprises in Europe, a stoppage of production will become natural, which will lead to a massive loss of their jobs by employees, as a result, unemployment will begin to rage. At the same time, the territories will lose taxation, and the state will lose gas lubricants.

The rupture of trade and economic ties with Russia will also lead to a food crisis, the worst result of which may well be famine in certain areas. Russia and Ukraine are Europe’s largest suppliers of food, grain, and sunflower oil. Attempts to make up for the shortfall at the expense of the United States, Canada or Latin America lead to a significant increase in prices for various types of food products. The situation is also aggravated by a sharp increase in fuel prices, a disruption in the transport and logistics systems, and a disruption in supply chains.

Data on a significant increase in prices for consumer goods is provided by the quarterly report of the Frankfurter Allgemeine Zeitung: the average increase in the price tag for food was 6.2%, while prices for basic items are actively getting higher. Already, the complementary crises – energy and food – are hitting the pockets of average Europeans significantly. The authorities carefully advise them to save energy, to endure, in order to show Russia that they cannot be broken. But the majority of EU citizens are not at all enthusiastic about this. Under conditions in which a warm apartment in winter and a full refrigerator will become a luxury for Europeans, they will think less and less about the political ambitions of the leadership of these countries.

The longer Europe insists on a strategy of completely cutting off trade and economic ties with Russia, including refusing to import Russian energy resources, the faster the worst-case scenario will develop. We are talking about the launch of mass protests by the population of the EU countries against whose destructive and short-sighted policies have placed European citizens in the strict framework of a record-breaking reduced standard of living. Already, both professional groups of workers and the general population are actively protesting in France, Great Britain and Greece.

They demand a halving of taxes on fuel, higher wages, the resignation of the failed British government, an end to the state’s participation in pumping Ukraine with weapons (after all, this is also a link in the logical chain of the U.S. tactics to destabilize Eastern Europe). The biggest problem for Europe is that its population understands what is happening in the world today. And this population does not want to pay for the crisis and the mistakes of their governments.

Populations are told that if they work hard reward will follow. This has been shown to be a lie at every turn. Now they say suffer to hurt President Putin! Ordinary people were already suffering before e.g. food banks are over-subscribed, not that they noticed.

The wholly malfeasant actions of our ideologically driven leaders will not lead to regime change in Russia, but it will lead directly to regime changes throughout much of Europe. I think most of us easily identify with that eventuality. And let there be no doubt, these self-serving ‘drunk on power’ parasites deserve a lot worse than being thrown out of office never to return. Especially given their silent war against their own unsuspecting citizens with lockdowns, poisons called vaccines, and attempts at totalitarian digital control over the citizens, removing evermore inalienable freedoms and rights from us. But what on earth… Read more »

The crisis in Europe will change the world. We in the US are so complacent.

One by one the lights will go off in Uk and EU.
Sanctions and the Grand Standing of EU UK and coerced nations bu the USA has been a lottery win for Russia, China, India and the free world. I hope the new multi polar Oder cannot have been more fortunate and makes a success of it.
It would be justified if they sincerely thank the USA for the American dream.

It will be the end of the Woke Ideology. 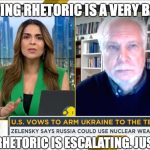 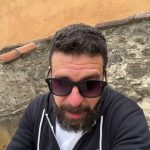