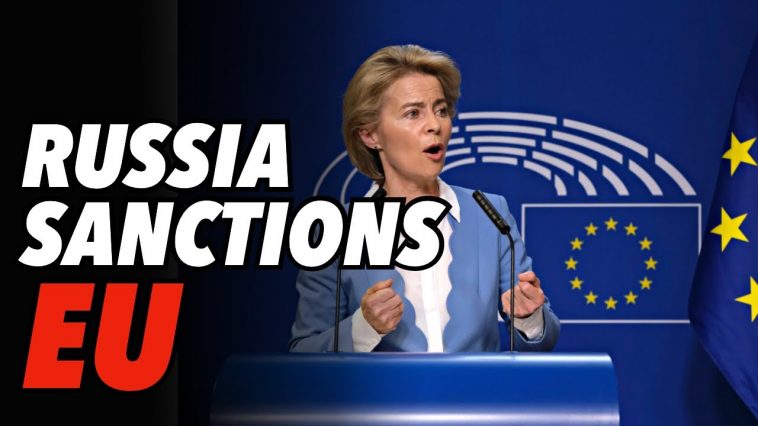 BRUSSELS, May 1. /TASS/. The European Union reserves the right to respond to travel bans, imposed by Russia on several European officials, the presidents of the European Council, Commission and Parliament said in a joint statement on Friday.

MOSCOW, April 30. /TASS/. Russia has imposed an entry ban on President of the European Parliament David Sassoli, Berlin chief prosecutor Jorg Raupach and six more citizens of EU nations, the Russian Foreign Ministry said on Friday. The measure was taken in response to the European Council’s sanctions against six Russian nationals of March 2 and 22, 2021.

Most people know the golden rule: Do unto others as you would wish them to do unto you.

The arrogant west must have considered itself exempt. Did it never consider that others could, or would even dare to play its sanctions game? The west needs to learn a new rule: Don’t do unto others that which gives you a collective heart attack when they do them unto you. Or maybe: Whatsoever you do unto others expect them to do unto you (and don’t have a hissy fit and whine about it when they do).

I believe the Woke West has amended that old truism to read: “Do unto others before they do unto you.”

And that is a good thing. These incompetent, embarassing wannabe emperors are finished.

Maybe they could go to war with some unpopulated islands somewhere in thr Atlantic like the brits with the falklands. But Mrs. Baerbock probably couldn’t find them on a map.

Not exactly unpopulated (3,505 British citizens), but the Falklands have offshore oil, which is a pretty fashionable reason for conflict. Seismic testing, which began in the 1950s, and later exploratory drilling show that the Falklands can produce an estimated 85,000 barrels per day and 255 million barrels over 20 years. Population growth anticipated.

Greetings Mr. Mecouris, Remember compliant regarding Behdety being effective..President Bidens overture to Russians for Summit, reversal with sanctions, then it happened a second time, I complained that apt of solar winds was commandeered by adversials. These indications of being on right track but then going into disfunctionality is indicative of The One that Reveals. Im seeking better outcomes for our efforts and that means getting away from Youtube format. As Ramz(s)adin and God consultation Ive petitioned that our efforts be continued in more effective continium and that our previous positions not be deprived from supporting this. Dimitry using Sputnik could… Read more »

Oil is fungible, that is – cargoes can change hands several times while at sea, so no way to shut down its oil to Europe, except by pipeline.

There’s a fascinating interview with Maria Sacharova, speaker of the russian foreign ministry (in russian / german) in which she points out that without North Stream 2, due to the brilliant energy policies of Angela Merktnix, sorry, Merkel, lights will go out in germany. Literally.

And these are the people the germans are annoying. But of course they are not making any decisions. They are just a colony with a puppet government stuffed with bad actors.

It was inevitable that Mr. Putins administration would retaliate at some point in time, they really do have to stop this nonsense from Europe somehow. The serious level of incompetence in the European Union by the bureaucrats, is highly likely to affect all of us, whether we be in it or external to it. As usual, it will not be likes of Macron, Merkel, Von der Leyen or the pensioners like Verhofstadt who will be inconvenienced in any way, but the ordinary Joe or Jane who will pay the price of any kind of armed combat or cyber warfare. How… Read more »

Are ‘fed up’ and ‘red lines’ synonymous in the Russian language I wonder?

There, in a nutshell is precisely the reason we are in this situation in the first place. Always expecting someone else to do the dirty work that you are not prepared to do yourself. Every organisation I’ve ever been a member of, has always had the same problem, people expect everything, but are not willing to put in the effort to earn what they demand.

It seems as if the Yurpians are sorry that Mr Gorabachev did not launch the invasion of Yurp which would have been in Brussels in 6 days.
Yurpians are strange people, they always want a boot in their face, forever.
They seem to care little whose foot is in it.

I am amazed that Russia has not sanctioned all those who voted for the very recent EU declaration against Russia and the various persons and interest groups that were involved in setting it up. Czech PM might learn a lesson one day- saying today to Russia cool it down but Czech. still believes in their own understanding ( ?maybe been led into a false flag)re ammo dump explosion. Cannot have it both ways.

The Czechs should be out rock hunting for those British spybots. Maybe even a garden gnome or two.

The stupid Americans and their European lapdogs have not figured it out yet that two can play this game.

And then their stupid senior officials say such things as, “The EU reserves the right to respond to Russia’s sanctions” — AFTER Russians showed them that Russia had the right to respond to theirs. One explanation might be that those senior officials were still suffering from shell shock. I suppose they thought they had a free pass to sanction as they pleased after over six years of engaging in fierce anti-Russia/anti-Putin propaganda and imposing sanctions on Russia without much retaliation. Think again, EU/US.

“… imposing sanctions on Russia without much retaliation.”

Agreed … but tell that to European farmers!

Psychologically, sock it to them, Russia.

So apparently it’s O.K. for the Europeans, Brits, French and the Americans to all impose sanctions against anyone they deem obstinate to their demands. BUT, it’s simply not acceptable for such nations to impose sanctions on them in return ???? O.M.G. this is incredible. This behaviour I’d expect in a primary school play ground from the kids, not from Adults supposedly representing the European Union. Is it possible, Covid 19 has rotted their brains ???????

Superb analysis. Especially in light of the sub-moronic to simply non-existent analysis by the Woke West, which is less meaningful than toilet graffiti elsewhere.
I suggest saving pixels and calling the West what it has once more become – The Fourth Reich.

The fuel, more dirty and more important than oil, which drives the Anglo-Ziosphere is bigotry and exceptionalism.

after 20 years of knocking at the european door Russia got fed up.
the EU is a customer but not a friend.
technology is in the east too anyway, and a bigger market.
cannot imagine a more shortsighted organization than the EU 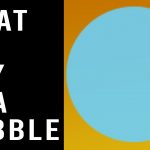 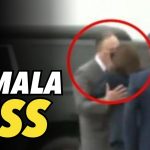