MOSCOW (Sputnik) – Sanctions against North Korea cannot be adopted endlessly, they will not bring a result all by themselves, without dialogue, Russian Deputy Foreign Minister Sergey Ryabkov has said.

“They cannot be adopted endlessly because the aim of the sanctions should be reaching a certain result – in this case, Pyongyang changing its behavior in missile and nuclear sectors,” Ryabkov told Chinese and Japanese media outlets in an interview.

According to the Russian official, the UN Security Council lacks a key element in this regard, “namely, the political and conversational element, because sanctions cannot lead to the result by themselves.”

Ryabkov added that the UN Security Council should be more engaged in political settlement of the North Korean problem and finding a compromise.

“What should be done to create prerequisites for a political compromise now, including between Pyongyang and Washington, is a separate issue, and the Security Council is definitely falling short in this sphere,” Ryabkov said.

The situation on the Korean Peninsula has become aggravated in recent months due to Pyongyang’s missile launches and nuclear tests, all conducted in violation of the UN Security Council resolutions. In late June, Beijing proposed a “double freeze” scenario, in which North Korea ceases its nuclear missile tests, while US-South Korean military drills are simultaneously halted. The initiative has been backed by Moscow but rejected by Washington. Pyongyang, however, has not yet issued an official response on the matter.

The UN & the Security Council, along with its resolutions, can hardly be held up as a paragon of fairness or application of “the Rules” evenly and equally across the board.

I just can’t accept in good conscience the characterization of Pyongyang as the primary and certainly not the sole cause of an aggravated situation on the Korean’s Peninsula.

Perpetuating the idea that story or meme promotes is nothing short of adding to the overall distortion taking place.

Really?
The how about you stop agreeing to them and start trading with North Korea instead? 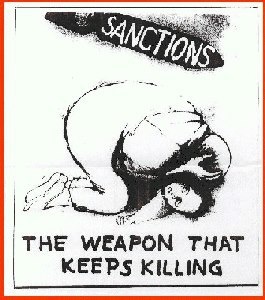 The United Nations Security Council is acting as an US vassal State by not monitoring the application of “the Rules”evenly and equally! Looks like the makeup of the UN officials are the timid, easily frightened kind, not terribly brilliant or sure. AKA. Nikki, the ex-waitress.