Russia Assures China Before US-Russia Summit: We Are “Smarter than Americans Think”, Won’t Sacrifice our Friendship with China
News Topic 183

Russia does not expect impossible outcomes from the upcoming summit between Russian President Vladimir Putin and US President Joe Biden in Geneva, and the two sides are unlikely to resolve important issues at the meeting, Russian Ambassador to China Andrey Denisov told the Global Times in an exclusive interview.

Two words that should never be juxtaposed – “Americans” “Think”.

I was going to say that!!!!!! But I am not jealous because it’s nice that other informed people are still with us.

Thankfully its not biden that represents The West to the Russians and the Chinese-Ubadian Dynasty. They both know me that reconized thier Dynasty several years ago and have declared its schematical integrity accordingly. Ref. Hesat Patronise of the West, Mother of Anubis. Anubis cracks the Royal Whip- We are compleating 3000 interval with both DRC and Form of Uriah the Hittite See Marshall with Star of David. 3 even twos ..DRC, And Greece Rome Europe Passage Marshall significance. The 10 based system went to the 3 rd Eliam Atem affluence IUNU, City of Pillars, Osiris groups and pieces of Babi… Read more »

Are you okay Alexander? I have to listen to you at 1.5x speed to make you sound normal.

This of course is exactly what I expected. If The U.S. was expecting something different they are living in a dream. I’m also very glad to see things develop as they have. I don’t expect that even if the U.S. were to cave on things like the Ukraine They would be able to drive a wedge into into this alliance. Even if Russia were to get everything it wanted it would be foolish of them. Because the United States would just pursue a policy of divide and conquer. Leaving Russia for desert. It is transparently obvious that this is what… Read more » 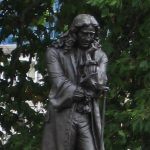 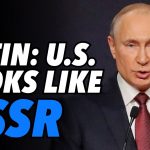