United States follows Soviet Union’s path — Putin
“The problem of empires is that they think they are so powerful that they can afford small inaccuracies and mistakes,” he said

ST. PETERSBURG, June 5. /TASS/. Russian President Vladimir Putin said he was convinced that the United States is following a typical scenario of an empire: confident of their unlimited power, empires create unnecessary problems for themselves until they can no longer cope with them. “We are hearing constant threats from the Congress and other places.

Putin may be exactly right. Given the hardships of Soviet writers in the 60s and seventies there’s not much difference.

“may? Why tiptoe so cautiously around the issue? As Alexander explained, the only difference is that the Soviet Union didn’t have the tools at their disposal the US has due to the advances in technology and the powers of Big Tech to enable the government in implementing their agenda, which the Soviets did not have. The only real difference between the Soviet Agenda and today’s US Globalist Agenda is one of the “tools”/”weapons” at their disposal, but there is no difference in their policies or agendas or desired outcomes. Should today’s Globalists succeed in fully imposing their Agenda on us, expect to be just… Read more »

“The problem of empires is that they think they are so powerful that they can afford small inaccuracies and mistakes,” Putin said. I agree with Putin but I think it was an understatement. There is nothing “small” about US “inaccuracies,” our politicians and our Media are telling Huge lies,, not small inaccuracies, and the US mistakes aren’t really mistakes at all, they are intentional commission of criminal acts, which are crimes, not mistakes. I suppose Putin referred to the fact that the commission of criminal acts by a government IS a mistake, because in the end they are bound to backfire. So… Read more »

Last edited 1 month ago by Helga I. Fellay
5
Reply

Putin is making the point that there has been mass arrest and persecution of political opponents by the victorious party as a result of Jan. 6, in which persons are being held in solitary confinement on trespassing charges. How ironic that this gross travesty of justice finds only Russia speaking out on their behalf. But Putin may also be referring to the classic error of empire, in which the dominant power treats friend and foe alike, demanding subservience from its allies, as did Athens following its victory over Persia and the USSR as it mishandled nationalist uprisings within the Warsaw… Read more » 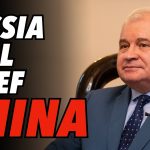 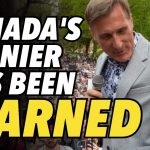